Last Monday, for the first time ever, I made a trip to the municipal garbage dump and recycling plant. Not for fun and pleasure, oh no. I had some serious stuff to throw out.

You see, throwing out bulky, big, household things in Japan is not so easy. Usually, it costs money. In some cases, it costs a lot of money. When I gathered all the stuff I wanted to dump and realized just how big of a load it was, the first thing I did was call a waste pickup service. They gave an estimate, which nearly induced a heart attack. 25,000 yen to come and collect and dispose of everything. That's nearly 250 dollars. And that did not even include "special handling garbage," such as oil heaters and sofas! Charges for these are extra.
Thank you, but no, thank you. For that amount of money, I could stay one night in a budget resort in Maldives. Or four nights in a guesthouse on a local Maldivian island.

I thanked the nice man on the phone and started looking for alternate ways of dumping my load. (hehe).

A bit of googling directed me to the main municipal dump - Clean Park Mobara. 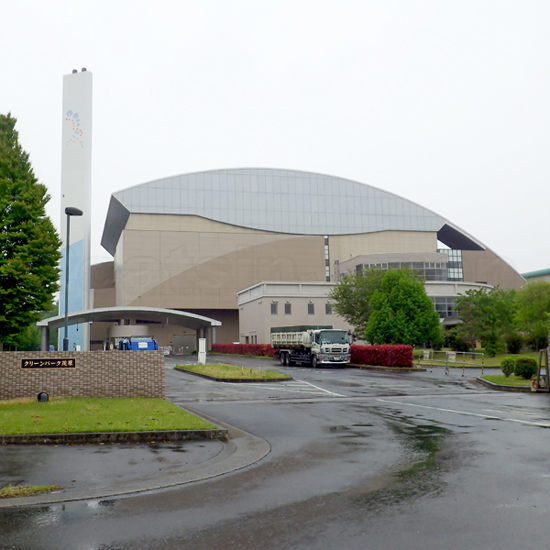 There are a couple smaller garbage processing centers in Utsunomiya, but Mobara is the biggest and the grandest. It also accepts the widest variety of trash. You can dump there pretty much anything other than paper, sofas and white good (fridge, etc). 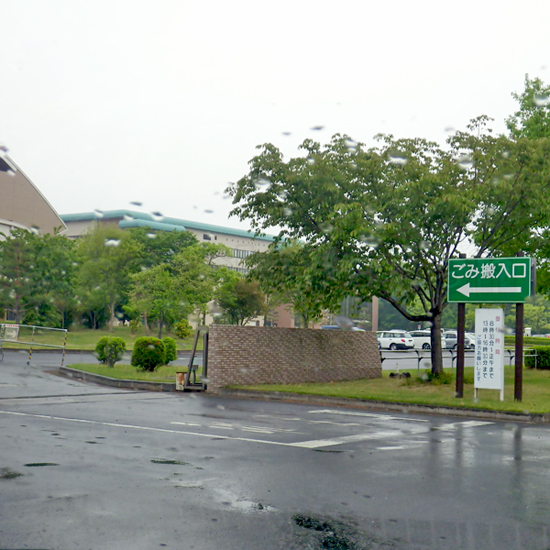 Clean Park Mobara is more than just a garbage dump.
It houses an environmental learning center (or however you want to translate it) where young schoolchildren are taught about the virtues of recycling. School trips to Mobara are apparently really fun and kids love them.

Recycling indoctrination starts at a very early age in Japan. By the time we're adults, we are already conditioned to obediently sort garbage into five different categories and 13 different types. 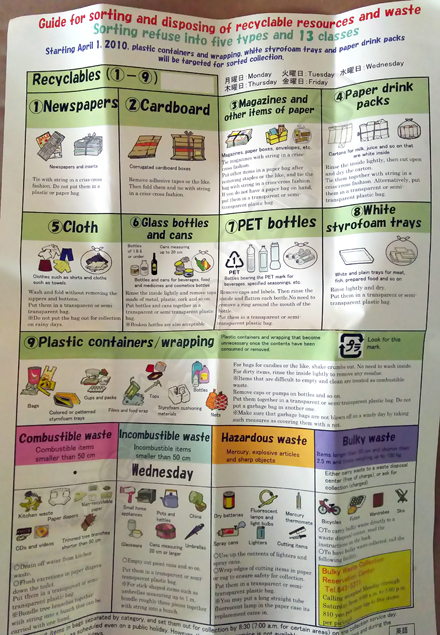 This is the memo every household in the city got at the start of 2010. Some households, like mine, got them in multiple languages.
It was music to my OCD ears. I went out and bought 3 extra bins to put in the kitchen. I diligently rinsed, folded, cut, bagged and tied up with string. I felt really good about doing my part for the environment. I embraced the new sorting and disposing rules with enough zeal for several Japanese housewives.

Before throwing anything out, I looked for the "pura" sign on the package, because recycling became my new religion.

What is the "pura" sign, I hear you say? 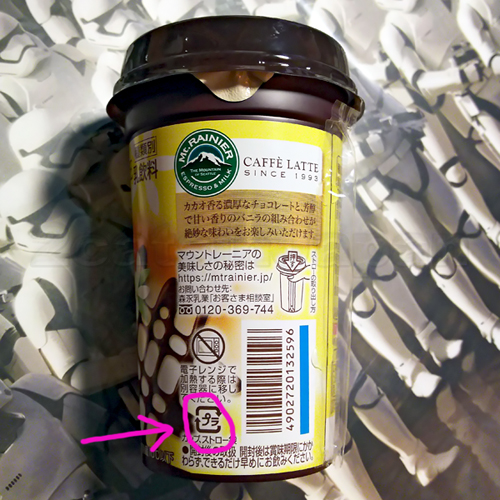 It can be found on anything that can, or rather should, be recycled. 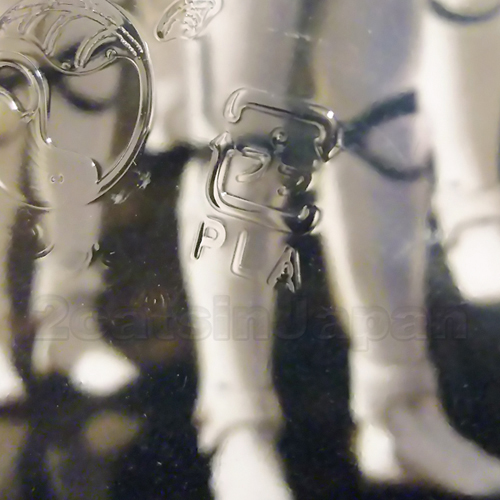 It's everywhere. After a while you get so used to seeing it that when you can't find it on foreign packaging, you feel something is amiss.
In Japan, every individual candy wrapper has "pura" information on it. 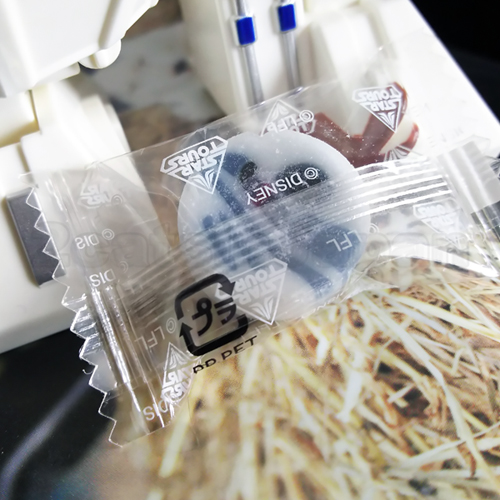 So now you know how it's supposed to work in theory. You sort the garbage into different groups depending on the information printed on packages, and your trash is either burned or recycled.

Of course we want to recycle. It is drilled into us that recycling is good, that plastics are choking our oceans and killing the fish, and so on...

I was dutifully sorting and separating everything for years. I was taking the bags to the curb on the appropriate days (burnables on Tuesdays and Fridays and recycling on Wednesdays). I felt good about doing my part to save the environment.

On Monday I proudly took my perfectly sorted trash to Clean Park Mobara. I folded up the seats in the back and loaded up the car with bags of beautifully separated plastics and glass and metals and bulky items and off I went. 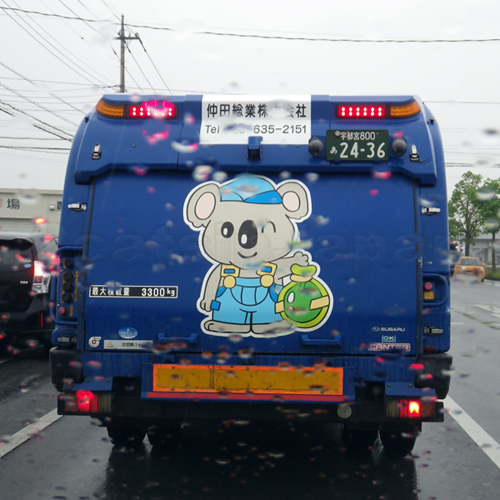 You know you are getting closer when you start following a convoy of garbage trucks.

Clean Park Mobara garbage disposal plant serves only certain municipalities, and usually you are asked for an ID when driving through the gates.
The gate agent checks what kind of garbage you have and based on that you are directed accordingly. You get an entry pass with your number, the proper station is notified that you are coming and they are waiting for you. This is to prevent you wandering off into the bowels of the plant.

There are two lines painted on the road - blue for burnable trash, and yellow for everything else.
The first day I was told to follow the yellow line. 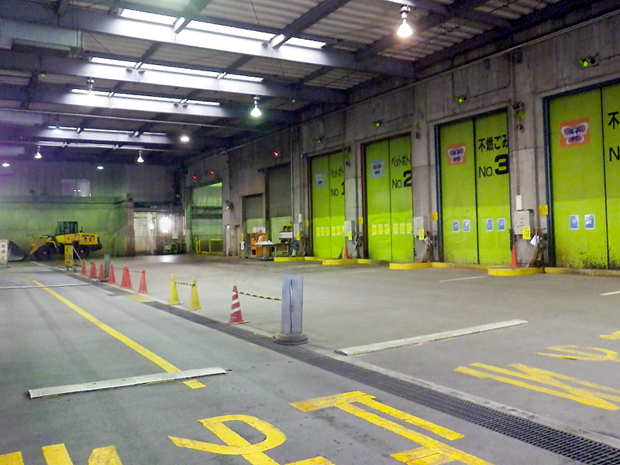 You drive onto a ramp and then into the building to the first (second?) floor. There you are directed to the appropriate unloading bay. This is the hardest part, because you have to back up into the bay and stay within the painted lines. The floor may, or may not move and you don't want to accidentally junk your car there. 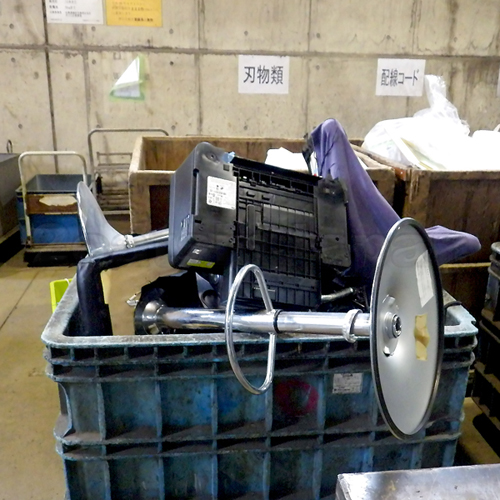 I started unloading my stuff. An old printer, a bag of chargers and batteries, assorted small appliances, everything was picked up, quickly looked over and then promptly dumped into separate trolleys waiting to take the stuff away. 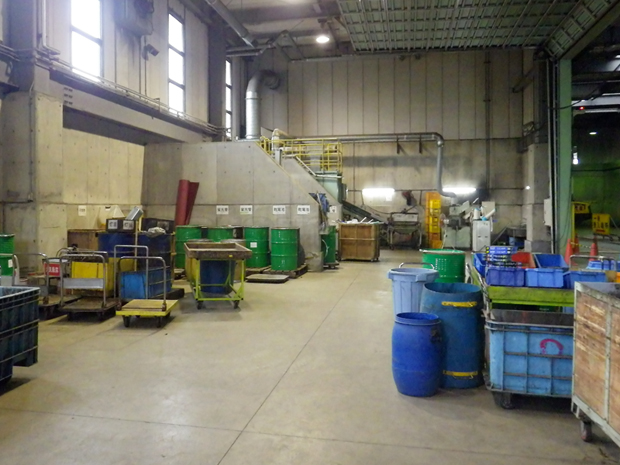 And then I presented my bags of carefully sorted "pura" plastics.
The man shook his head.

I said "pura."
He looked at me funny and said "moeru." (burnable) 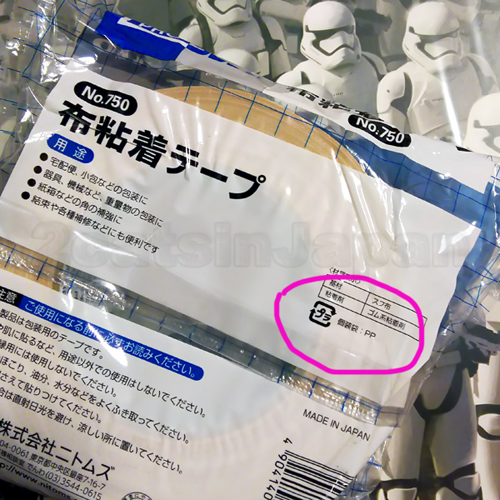 I refused to believe him. These were plastics. They had the "pura" recycle sign.
The man threw the bags back into my car and shooed me out of the way. Other people were waiting.

Dejected, I drove along the blue line for burnables. My bags of "pura" were accepted there without any questions.

My world was collapsing right in front of my eyes. And my environmental righteousness along with it.

Why then was I separating everything like a maniac all these years? What for? Why? How? What was the point?

When driving out of the building, still in total shock, I nearly got run over by a dump truck leaving the ground floor. 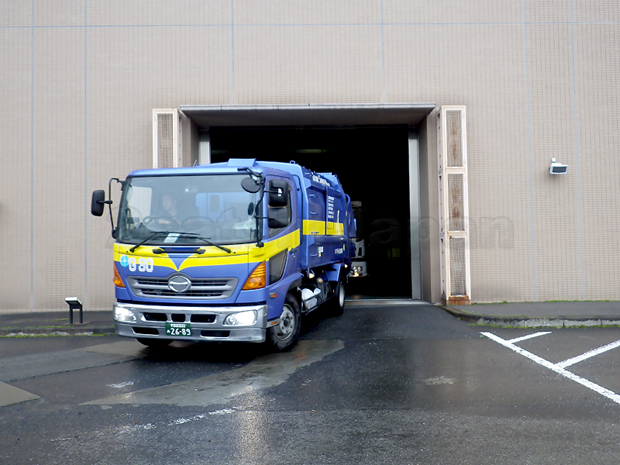 I remembered hearing stories that recyclables go into the fire, but at that time, I simply dismissed them as excuses of people too lazy to sort their trash. I remembered getting frustrated with a co-worker who kept throwing disposable wooden chopsticks into the "pura" bin at the office. And when she laughed at me, I assumed she was an arrogant b*tch who didn't care about the poor garbage plant workers whose job is to sort the bags later.

Little did I know that there would be no sorting of any kind. Just burning. Burning. 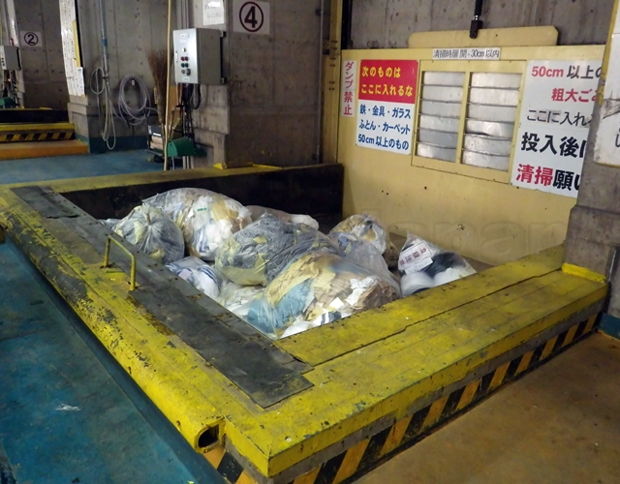 I returned home and started making dinner. It felt so good to throw away plastic vegetable wrappers into regular household trash. Yay!

The next day I did a bit of investigating. What I learned was both sad and shocking. Not only "pura" items go into the fire. Do you dutifully sort all paper packagings like I used to do for years? Well, you're wasting your time. Only cardboard, simple brown cardboard, gets recycled. Everything else? Into the fire.

The reason for it is, that apparently, it costs too much money to recycle processed paper printed with color ink. The chemicals used for printing render nearly all such materials virtually unrecyclable due to high costs involved.

My world will never be the same again. All I need from now on is just 3 bins for recycling: one for glass, one for cans, and one for PET (plastic) drink bottles. Everything else? Into the fire!!!

In the meantime, I should go back to packing up the house.
I still have more things to throw out and that brings us to items so vile that even the municipal dump will not take them - sofas, spring mattresses and electric oil heaters. And big home appliances. These absolutely MUST be handled by special disposal companies. 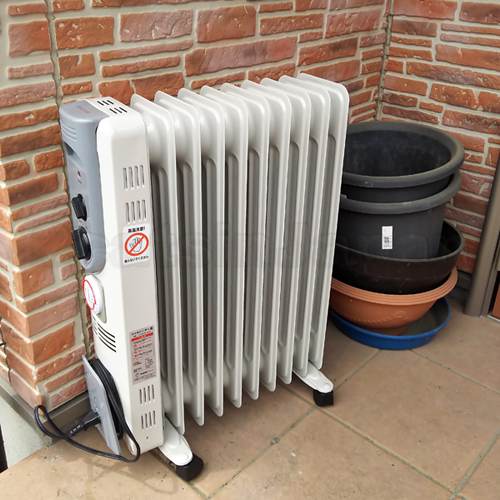 Want to throw out a broken electric oil heater? Prepare to pay around 40 dollars for the privilege. You want to dump an old sofa? Prices for throwing it out start at 80 dollars. Spring mattresses? Unless you are willing to pay around 7 dollars per kilo, you're shit out of luck.

That explains abandoned household goods in the Japanese countryside. Washing machines dumped by the side of the road, sofas rotting in the fields, heaters abandoned behind buildings. Yes, such Japan very much exists, but if you are a casual tourist, you will never see it. You will go back home only with images of perfectly clean streets and sparkling train stations in big cities.


P. S. Turns out that if you chop up your sofa into smaller pieces, remove the nails and the staples and the springs, you CAN take the parts to the municipal garbage dump.  An hour of physical work will save you a bundle of cash. The equivalent of one night at a nice guesthouse in the Maldives.

I only ended up paying for white goods disposal. And even there I got lucky as a friend had a relative running a private hazardous materials recycling facility. Lucky!