State of emergency in the Maldives - is it safe to visit?

In short - YES.
It is perfectly safe to visit the Maldives while the state of emergency is in effect.

Yet despite this very obvious answer, people keep asking questions on different travel forums if "everything is ok over there?" and "would like to know if it's safe?" and "should we cancel our vacation?"

Reading these questions you might be excused for thinking that the Maldives were hit by a major natural disaster of epic proportions, a tsunami perhaps. Or experiencing an outbreak of a particularly virulent disease.

The truth is that the Maldives have been experiencing political turmoil for years (if not decades). And the truth is that tourists visiting the country know nothing about it, because it does not impact them in ANY way. 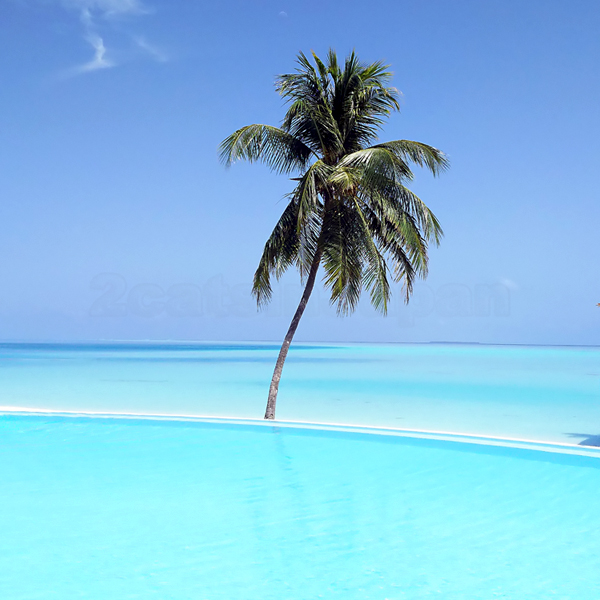 Most people asking such questions are too lazy to fire up Google and learn the three things they need to know.

One, the Maldives is an island country. There are many, many islands there. Unlike in countries that are not islands, the capital city is located on its own island. 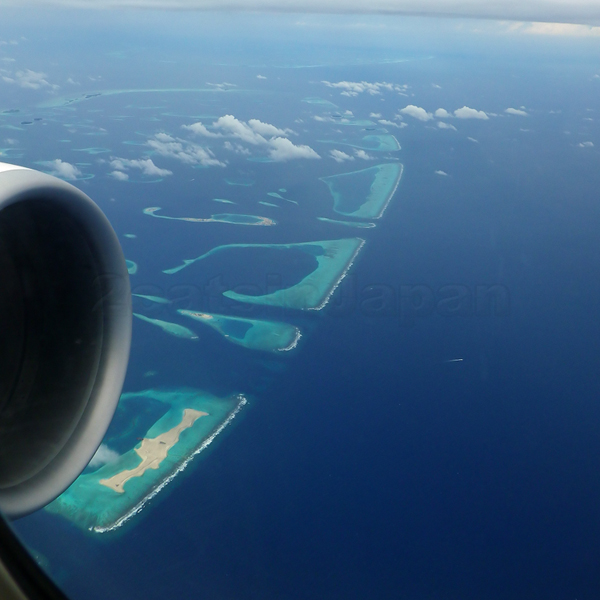 To get from the airport to Malé you need to take a ferry. However, most tourists never even visit Malé, because they are picked up by their resorts right at the airport and taken there directly. There is no need for them to travel to Malé. 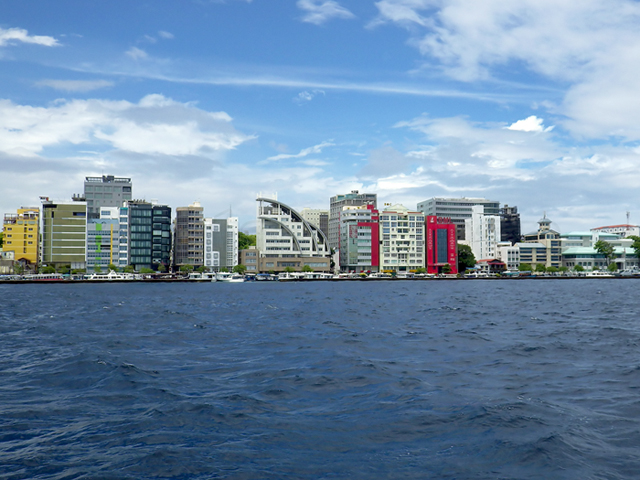 See? You need to take a ferry to travel between Malé and the airport island.

And third, whatever unrests or demonstrations were taking place, they were confined to Malé. And as we now know, tourists don't go to Malé, because Malé is not a place to go on vacation.

Personally, I enjoy Malé very much, but I am weird like that. 99.99% of tourists do not share my fondness for the Maldivian capital city. But more about it in a second. 99.99% of tourists avoid Malé like the plague, and head straight for the resorts. 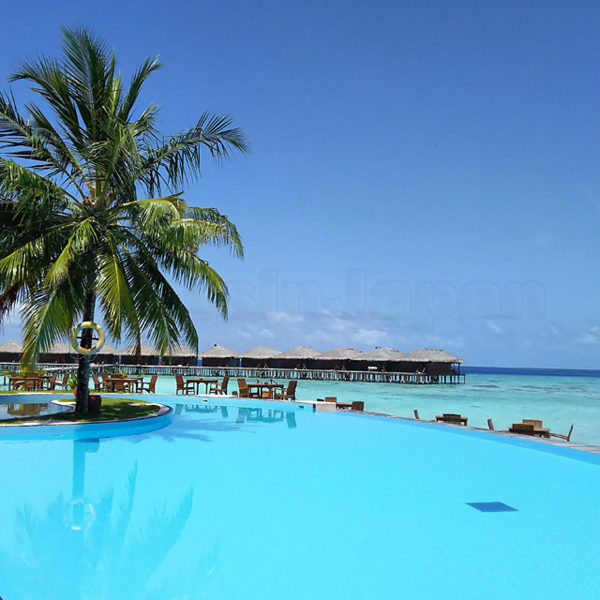 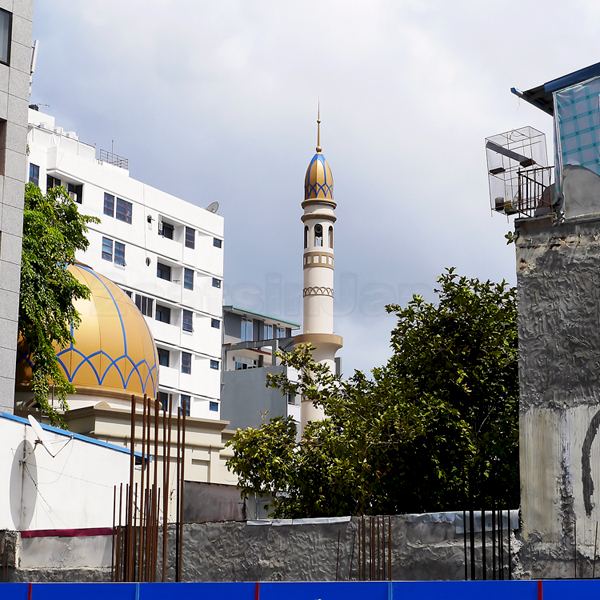 So, is it safe to visit the Maldives while the state of emergency is in effect (and it has just been extended)? 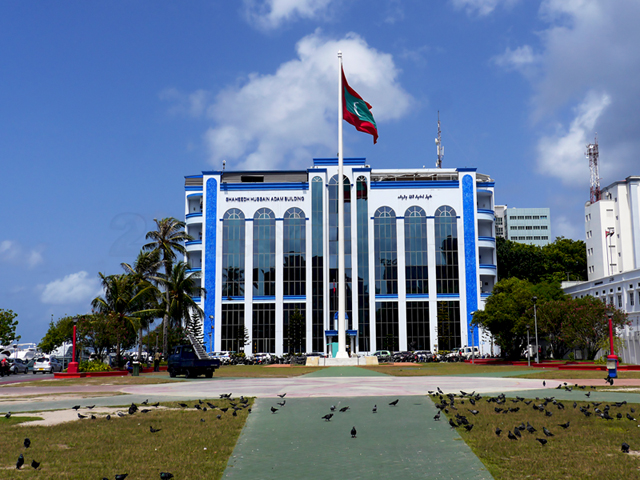 What surprised me the most was that the most persistent askers were people from countries that are not exactly known for their safety and law and order. Yet, when asked to articulate their fears about travel to the Maldives, they are lost for words. They can't explain what's so scary about landing at Velana International Airport and transferring to a speedboat or a seaplane to get to their resorts.

Seriously, I am a lot more worried about my personal safety while traveling in India than about political turmoil in the Maldives. 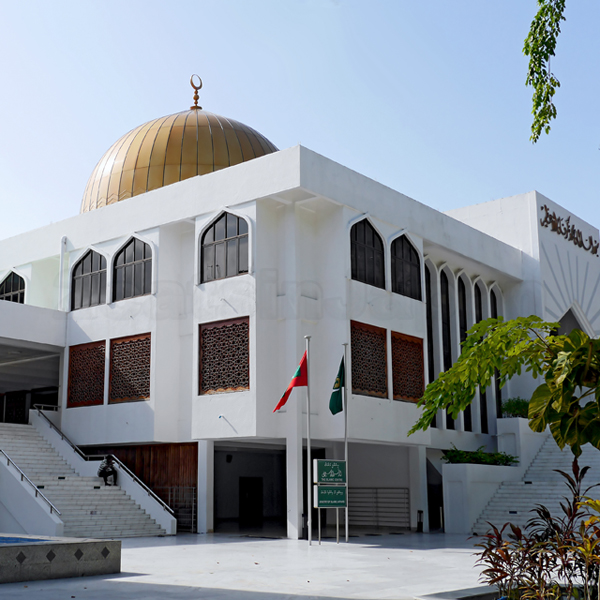 The Maldivian government, though authoritarian it may be, is not stupid. It knows that tourists equal cash. No tourists means no money. The Maldives need that tourist money to survive. That is the bottom line. Nobody wants to bite the hand that literally feeds the entire country.

And that is the explanation why, if you hadn't read the news, you wouldn't even have noticed anything out of the ordinary in the country.

In Malé, it's business as usual. 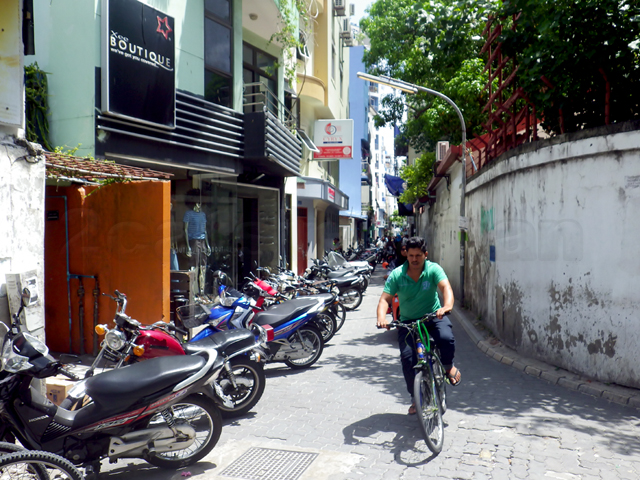 Public gatherings are prohibited during the state of emergency. So, unless you are planning to join political demonstrations, you are going to be perfectly safe. 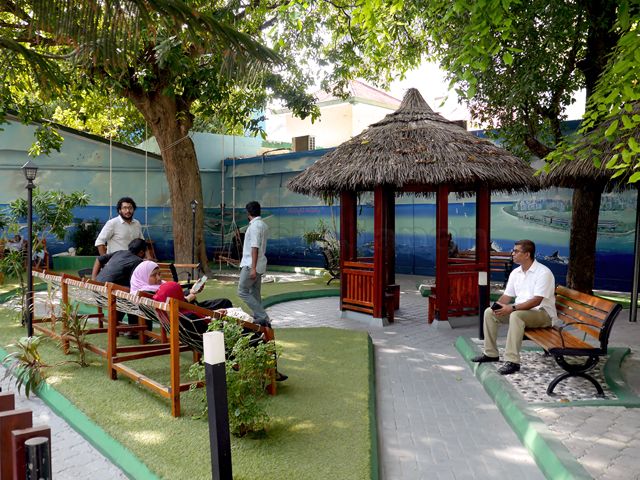 Would relaxing in the park be considered a public gathering? Of course not. It's clear people just go about their business as they have always done. 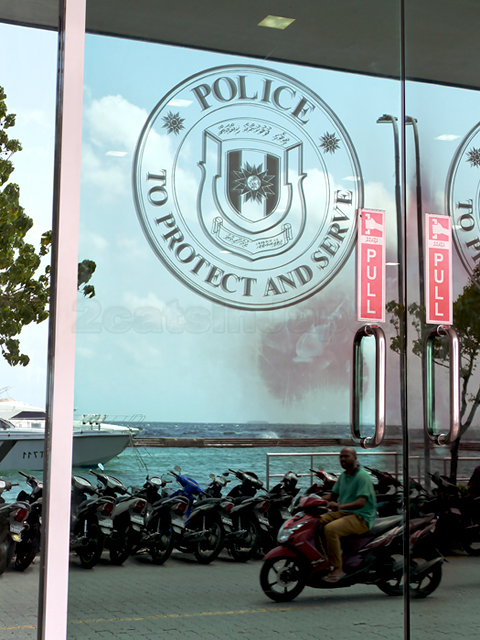 And despite the ongoing state of emergency, there is hardly any police presence on the streets. There are plenty of people and motorbikes, though. You are more likely to get injured in a scooter accident in Malé than to witness any sort of political unrest. 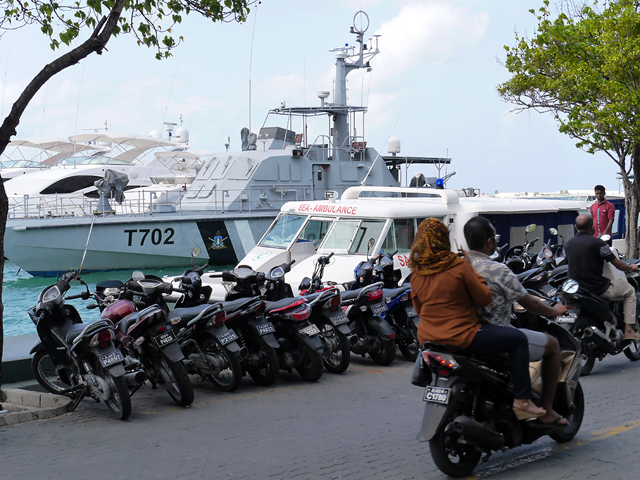 Personally, I hate scooters. Especially considering that a typical Malé street gives a new meaning to the word "narrow". 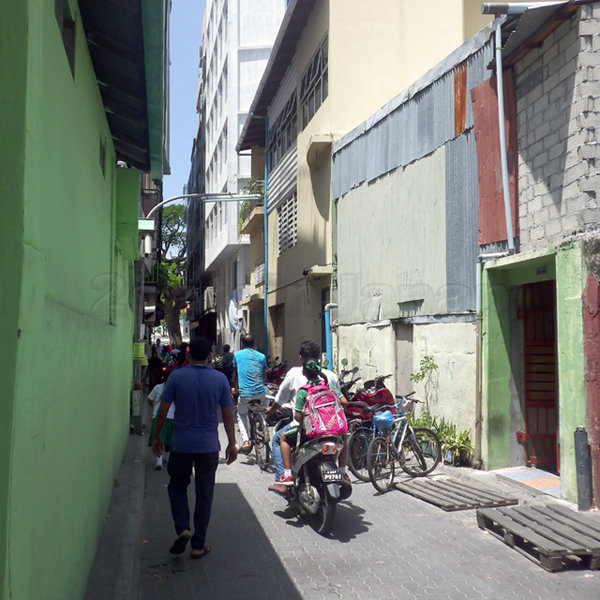 Malé is the smallest capital city in the world. At the same time, it's also the most densely populated one. The only time when the streets are free of people is very early in the morning, preferably on a Friday. 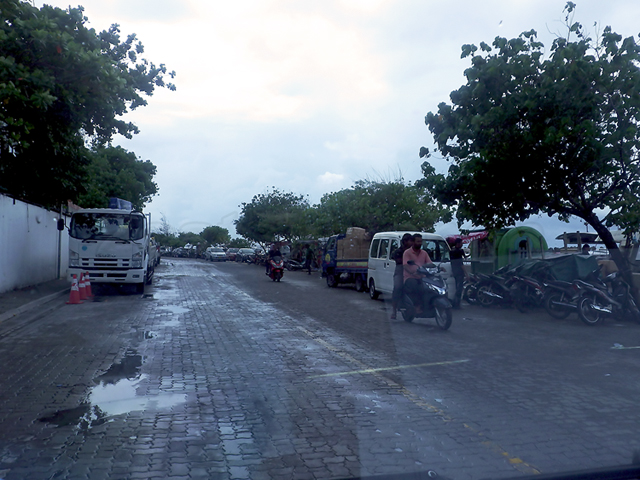 Everyday life keeps going. Only the tourists are panicking for no reason at all. 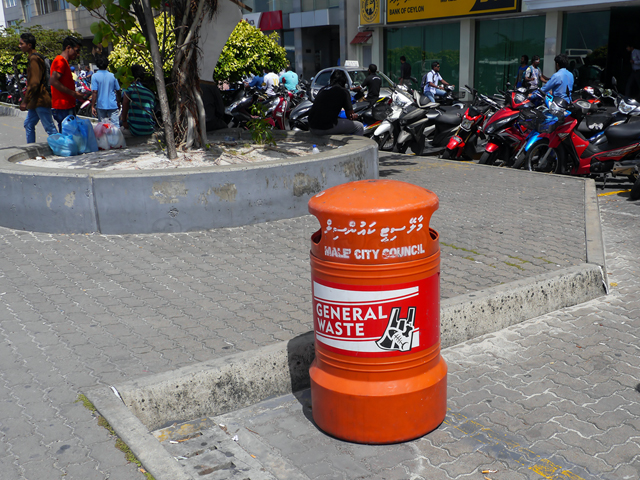 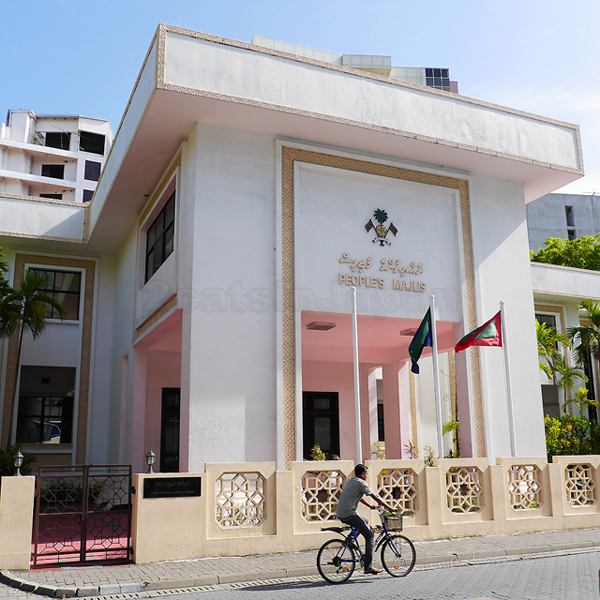 Because unlike in other South Asian cities, I feel safe walking around Malé alone. 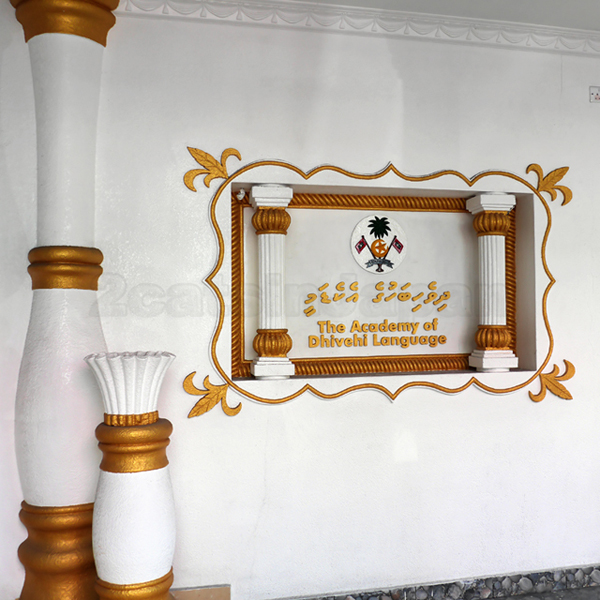 In the meantime, the state of emergency has been extended yesterday for another 30 days. It is due to end on March 22. What will happen after that is anybody's guess. One thing is certain though, tourism will NOT be affected.

Let me repeat it one more time, tourism will NOT be affected. Just as it is safe now, it will be safe to visit the Maldives next month, too. 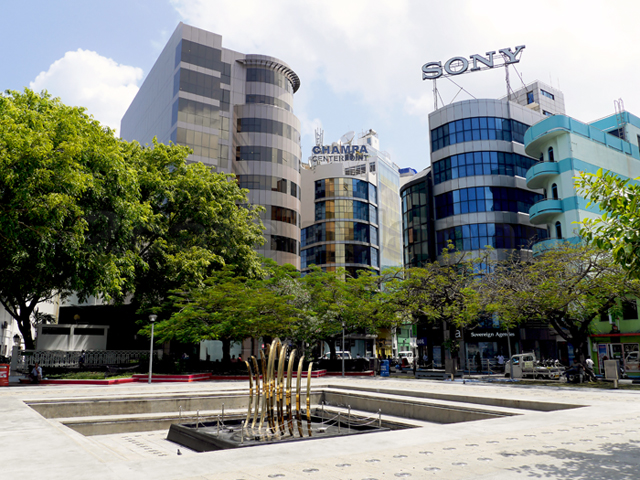 Are you still panicking?
With the current situation in the world, you are probably more likely to be gunned down while visiting the US, or getting nuked while shopping in Seoul. 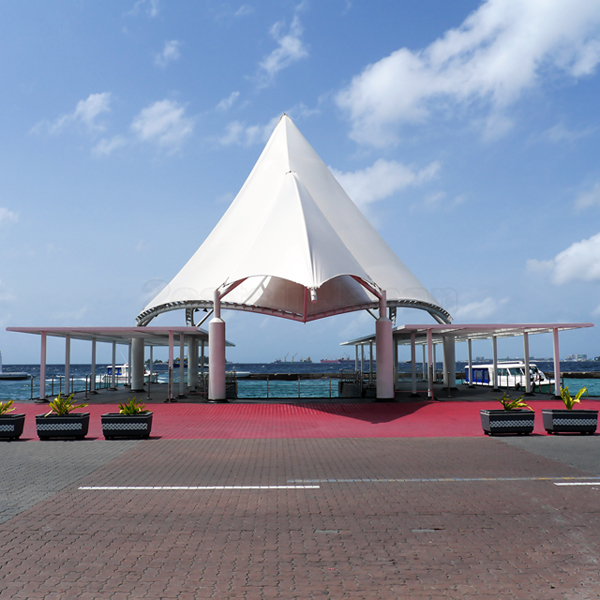 If you are still scared and want to cancel your trip to the Maldives, please donate your vacation to me. I will gladly take your place.