The flight to Seoul was uneventful and boring. Noteworthy for only one thing – I got to drink my first Diet Coke in over a year. I didn’t even ask for one, because I was certain they wouldn’t have it. But they did. 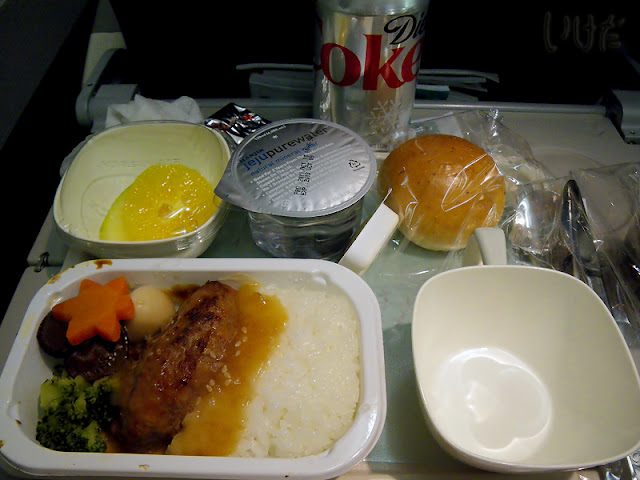 During that short flight I drank three of them. The ladies in blue silk blouses looked at me with something resembling contempt, but were far too professional to be openly disgusted when each and every time when asked “tea or coffee”, I always answered “ Diet Coke”.

I’m not too fond of the airport in Seoul. Not sure why… Probably due to a combination of factors. The transit area lacks a decent bookshop, there’s no place to buy nice postcards (and I don’t mean the crappy artsy kind), and the shop assistants are of the pushy kind. Or maybe to them I simply looked too poor and pedestrian to be checking out the goods at Givenchys and Marc Jacobses of the duty-free world. Who knows?

The flight to Koror was packed, but the charm of being the only gaijin on board resulted in a quick shuffle, which left me with three seats all to myself. I drank more Diet Coke, ate whatever it was they were serving and went to sleep. 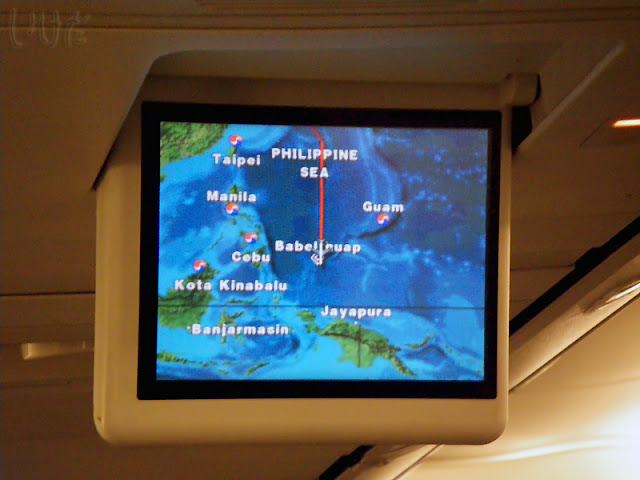 And then it was time to land. 29 degrees Celsius and rainy. The joys of being in the tropics.
Another joy (or not, depending on where you stand) of the tropics is a totally different sense of time. That became very apparent to everyone waiting in line to passport control.

Three lines, three bored faces, three sets of arms moving so slowly that any slower and they’d be going backwards. And who cares that there’s a planeload of tired, sleepy people waiting to the processed? Certainly not the Palau customs officers. 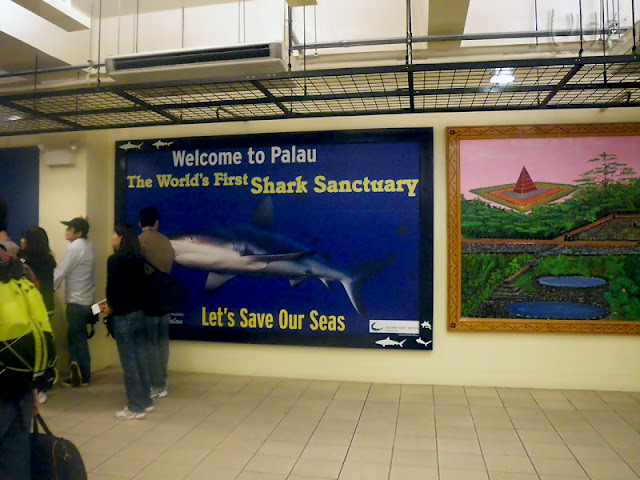 The fat lady that I had the misfortune to be served by, was the slowest of them all. She didn’t give a crap about anything and was doing her own thing. Slowly. Very slowly. Return and onward tickets were checked very carefully, dates of departure entered into the system. The officials seemed to be unable to comprehend the novel idea that they were dealing with one Korean package tour, of mostly retirees, all arriving and departing according to the same schedule. The passport stampers dutifully checked e-tickets of every. single. member. in. that. group.

The DW Motel guy was waiting for me in the arrival area. We collected two more lost (and very dumb, so dumb they made stool samples seem intelligent) Koreans* and off we went.

My room was less filthy than I expected it with just as filthy as I expected it bathroom. But I couldn’t care less. There was a bed (albeit a very uncomfortable one), the sheets were clean, I didn’t spot any bedbugs, the AC was working. I was going to sleep.


* They couldn’t find their own names on a list of people consisting of exactly three entries (of which one was my name).
Posted by 2cats at 9:36 PM