Even though I have to get on the bus to Narita at 10AM, we still decided to go to Rinnoji last night for our first temple (and shrine) visit of the year. We wrapped ourselves in layers upon layers of clothing, stuffed our pockets with heating pads and off we went.

We started with the ceremonies at Rinnoji, and then planned to see the Toshogu illumination, which was going on from 1 to 3AM. But after seeing the mad line of people waiting to get inside Toshogu, we moved on to Futaara instead.

This is what we saw at Rinnoji:


This was my first time observing Buddhist New Year's ceremonies and it was quite interesting. I'll add photos when I can, which unfortunately is not right now.

Right now I'm jumping in the shower and then packing like a mad woman. I'm going to Palau for a week. Yay me! 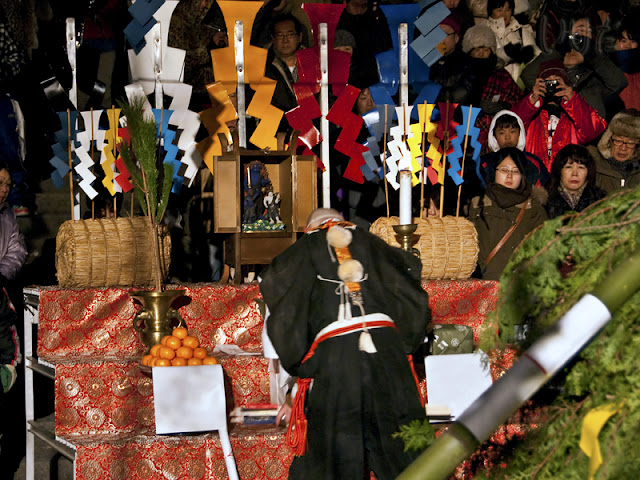 Prayers before the ceremony.

After the prayers, a bit of ritual archery: 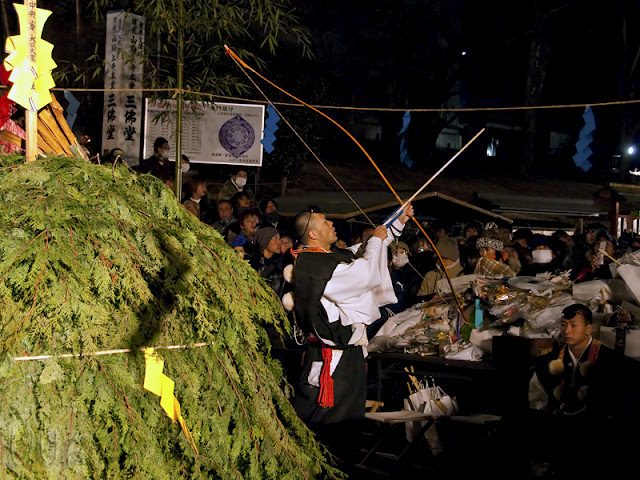 And after a few more sacred procedures, it's time to light the fire: 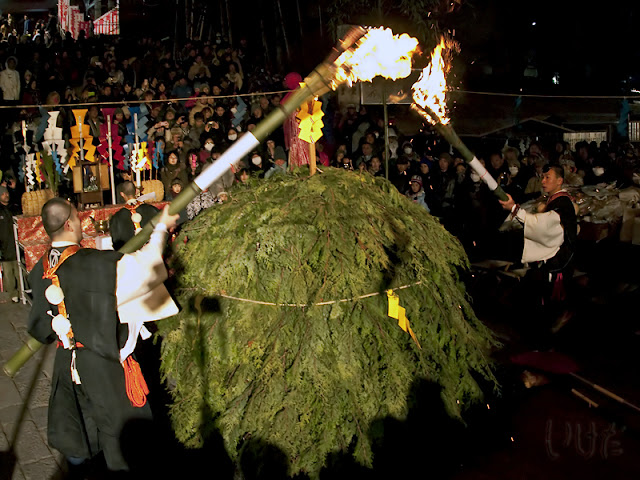