An evening in Shibuya

Every few months I make an appearance in Tokyo, and normally, once I'm there, I don't linger. I get off the train, do my thing, get back on the train and only then I can breathe again. It's no secret that I'm not fond of Tokyo and if I can avoid going there, I'm happy.

I arrived in Ueno, switched to some subway (the one that goes to Shibuya) and got off at Omotesando. I did my thing there and promptly got on the right subway but going in the wrong direction. I switched again to something else and ended up in Akihabara. There, I just followed the sheep leaving the station. The herd crossed the street and went shopping. Me too. I found myself holding a Panasonic GH2 in my hand and seriously considered taking it home with me. Yes, I know, I know... I could probably buy it for much cheaper on-line, but I want it with an English language menu. 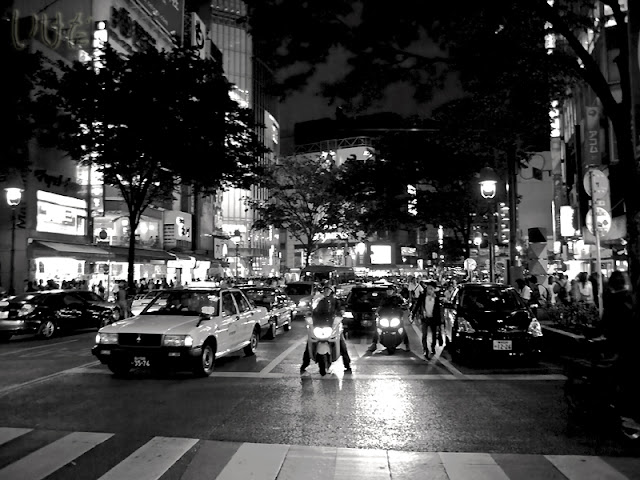 Just when the sales guy finally noticed me and I was about to start asking stupid questions, my phone rang. You see, before coming to Tokyo I announced my intent to visit the Big City on Twitter. Two of my Twitter pals announced their intent to meet up. So when my phone rang, I duly answered. It was Masa and Fernando, who were waiting for me by The Dog in Shibuya. I dropped the GH2 and ran for the train. And that's how they saved me from spending a truckload of money that I don't have. Thanks guys! 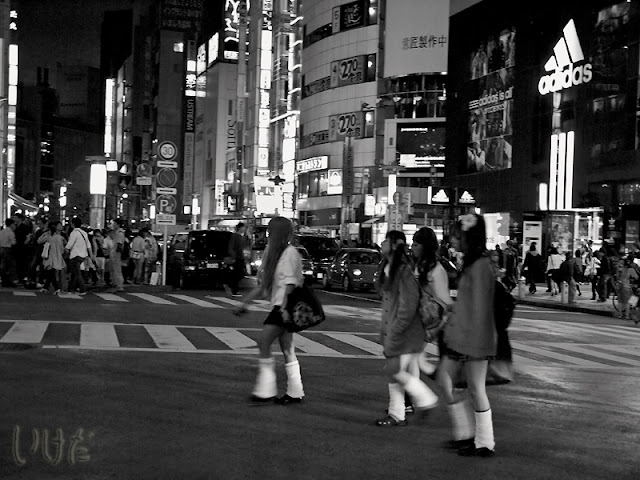 It was the first time we actually met in person and of course I had to make the worst possible impression by having a Shibuya-induced anxiety attack. What can I say? Despite having lived in one of the most crowded and busy cities in the world, I'll never get used to Tokyo. And that's a fact. I'm a country hick at heart. 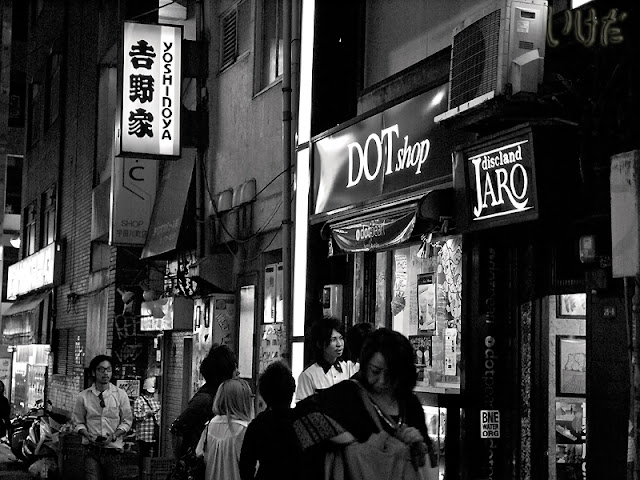 We went to Shakey's for all-you-can-eat pizza buffet. It was nice, except that Shakey's doesn't carry Coke Zero - major fail there. We gossiped chatted, ate and had a great time. At least I had a great time, I don't know about the guys. It must have been awkward to hang out with someone old enough to be their mother. LOL! 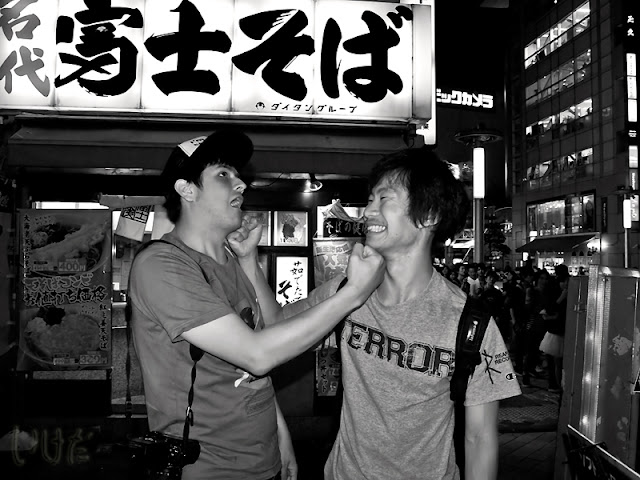 The walk to and from the station convinced me that I do indeed need an iPhone. I need it for the GPS thingy. Without Masa and Fernando, I'd still be standing and screaming on a street corner somewhere in Shibuya, unable to find my way home. And since I can't have my Mister, or Masa and Fernando, with me every time I'm in Shibuya, I need an iPhone. True, I'm not in Shibuya frequently enough (about three times a year) to justify getting an iPhone, but maybe with that GPS thingy I'd feel more comfortable about visiting the Big City more often. 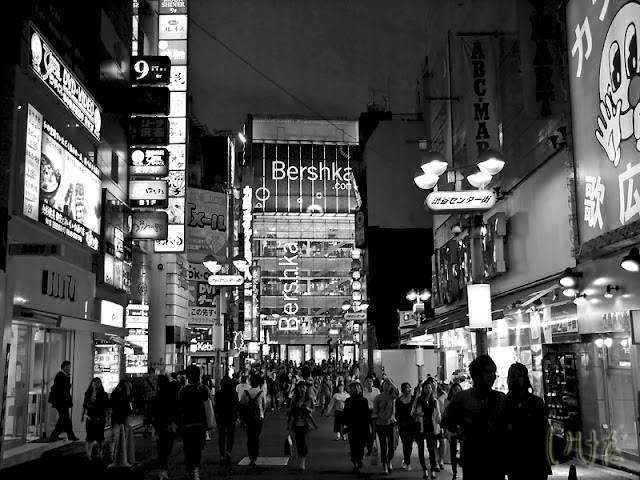 When I finally got home and my Mister picked me up at the train station, he was suitably impressed that I managed all that all by myself without ending up in Nagano. Or at the very least in Yokohama.

And this is my very own Show Me Japan entry for this week. Also, it's my "long time no see" entry for Black and White Weekend.
Posted by 2cats at 5:02 PM