The Tohoku quake as seen from Tochigi

To put things in perspective: we are 108 km north of Tokyo, about 120km from those nuclear power plants and about 250 km from the hardest hit area of Miyagi.

People have been emailing me and asking: "So, what was it like?" and "Can you describe what happened?" and "Where were you when it struck?" and so on ad nauseam.

Anyway, I wasn't really going to write about the quake, because I thought that everything that needed to be said has been said already. Multiple times. By hundreds of bloggers all over Japan.

But when CNN interviews a guy who lives in f*cking Nagoya and calls him an "eyewitness to the events" or some such nonsense, it seems in a way justified that my readers from overseas want to know more details.

On Friday, March 11, 2011 at 2:46PM I was in a classroom with a group of students. I ignored the first tremors, because that's what you normally do here - there are small earthquakes almost every day. You stop paying attention to them.

But this one didn't go away. It got worse. I screamed. One of my students grabbed my hand and said "run outside". And then had enough clear thinking left to remind me to take my bag. The power went out.

We were upstairs and running downstairs was difficult. The stairs were jumping. Literally jumping.
We ran outside and the whole neighborhood was literally swaying. Like somebody has loaded up a whole swath of land onto a boat, or something.

We grabbed our cellphones and realized there was no reception.

After a few seconds it got quieter and I told my students I was going back in to clean up and get the rest of my stuff. It shook a bit, but not that strong.

I had to pee and went to the toilet, sat down and the building started to shake again. Of course.

When I went out again, I saw that the traffic lights at the nearby intersection weren't working. But literally seconds later a cop on a scooter arrived and took charge.

I got in the car and decided to avoid big roads. But everybody else had the same idea, apparently.

When I reached the corner of Heisei and Route 4, it was a different world - there was power and working street lights.

Took me about 3 hours to get home, the place was a mess. But nothing that couldn't be dealt with rather quickly.

Utsunomiya didn't sustain a lot of damage, and in our part of town we were very lucky - all life lines were working: electricity, gas and water - all OK.


That's true, the real damage came from the tsunami. The devastation you saw on TV was caused not by the quake, but by surging water. The quake itself, while super strong, didn't cause that much damage.

So from now on, I promise not to complain about Japanese buildings. They are bloody cold in winter and hellishly hot in summer, but they can withstand a magnitude 9 earthquake.

OK, that's it. Now go back to your fear mongering mass media and read, watch, listen about the impending nuclear disaster. I'm going to bed. 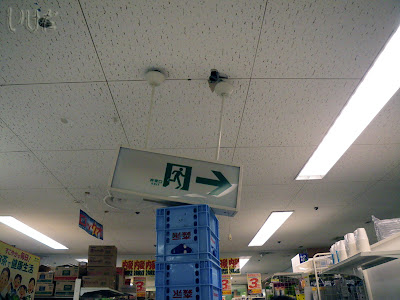 
This is a short clip of our daily reality: closed gas stations, a 500 meter line to one gas station that is open (gasoline is rationed now), closed train station (still no train service in Utsunomiya and environs), closed restaurants and empty store shelves.

PS. Don't send your prayers my way, they won't do us any good. Send me money instead. I want to buy a Panasonic GH2, so I can shoot better videos.