Night at U-City Hotel in Narita

I have a bad case of lazy and that's a fact. My laziness has been lovingly cultivated for almost 40 years now, and I am proud to announce that it has reached epic proportions. If it doesn't need to be done - I don't do it.

But, to be fair and honest, what needs to be done, I do. And do so with frightening efficiency. That again only proves that I'm lazy - I'd rather do it once and properly, so it won't have to be done again.

My lazy habits also extend to commutes and travel. Being lazy, I hate to rush. I'd rather leave early and be wherever I need to be early than hurry later. I hate to speed, run and take the stairs. Unless, of course, I am chasing a mikoshi procession - then all bets are off.

And because I am so lazy, it is only now that I am getting off my increasingly fatter and fatter ass (hey, it's winter, it's cold and I need all the extra padding I can get!) and continuing with the "Yo! Look at me! I went to Malaysia!" report. And today I'll cover the getting to the airport bit. At this speed (told you I didn't like to rush) we'll finish blogging about the whole trip by next December. I hope.

So yes, the airport. The oh-so-lovely terminal 2 at Narita. My flight was leaving early in the morning. Well, not really, but for me 9AM is early in the morning. That, and the fact that we live quite a distance away is enough for me to cancel just about any trip. Flight at 9AM? That means I'd have to leave Utsunomiya on the first bus to Narita. And that is at what? 4:30AM? Oh bleep that. I'd rather not go.

And then there's the excitement of making it to the airport on time. I don't know about you, but I'm getting way too old for this "excitement, adventure and really wild things" crap. I haven't experienced the first bus myself, but people say it usually gets to Narita on time. But I betcha my next paycheck that with me on it, the bloody bus would get there 5 hours late and I'd miss my flight. How do I know that? It's happened. More than once. True, it wasn't the first bus of the day that time, but hey, there is nothing that stops it from getting stuck in the mother-of-all-traffic jams on the expressway at 6AM. And trust me, when I'm on it, it will.

So what I normally do is to book a hotel somewhere nearby the airport and leave a day early. And that's exactly what we did last December.

Luckily for me, my mister is a master at finding just such places. And in December, he booked me into the U-City Hotel in Narita. For all of 3000 yen a night. 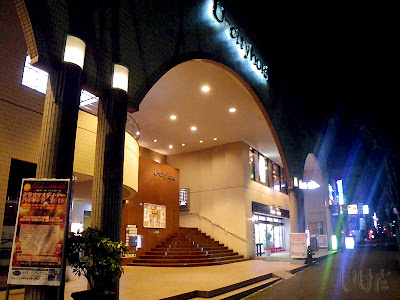 No worries, there's an elevator if you can't handle the steps.


I've been reading the reviews this hotel got on a few random hotel search sites and can't believe just how dumb some folks can be. Seriously, those people are ridiculous. If they wanted five-star quality, they should have stayed at the Hilton. At the U-City Hotel you get exactly what 3000 yen will buy you - a room to sleep in, a clean bathroom, a free airport shuttle, free internet and plenty of feeding options nearby. And oh yeah, it's within walking distance (very short walking distance, you could crawl there on broken knees, if you had to) from both train stations: JR and Keisei Narita. And some people still complain that there were stains on the carpet in their room! That's what them shrink-wrapped slippers are for, you moron!

I liked the U-City Hotel Narita and will definitely consider it again. Unless, of course, my ever so resourceful mister find something cheaper. LOL! 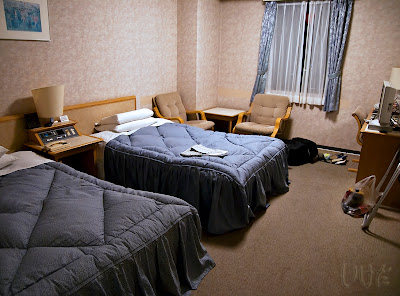 The internet was of the plug-in kind, but it was fast and stable. The kettle for boiling water could have been bigger, but then again, the designers didn't expect me to stay there. The heat was on and it was working - the room was deliciously warm. My room faced the street but wasn't noisy at all. It was clearly non-smoking, there was no funny smell in the air. I checked the bed for bedbugs, there were none. So who cares if the carpet was stained? Just wear the damn slippers! 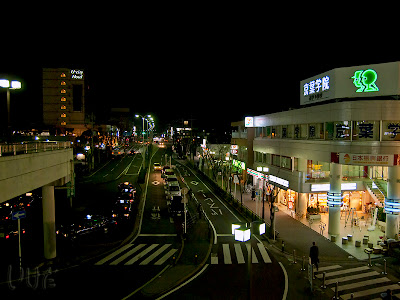 This photo was taken from the plaza by the station. The hotel is on the left. Told you it was close!

Don't believe me? Here's a train: 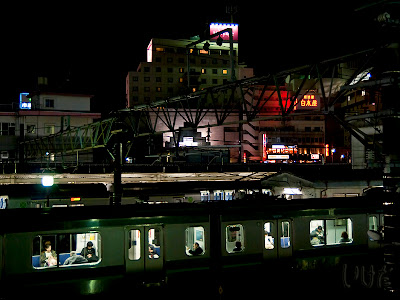 And that's how I beat my lazy. Get up at 6:30AM (instead of at 3:30), roll down the stairs for the 7-something shuttle, and be certain I will not miss my flight. I think 3000 yen for this peace of mind is definitely worth it. Carpet stains and all.