Once upon a time when I had the good fortune to live at the crossroads of the known universe, there was a Malaysian restaurant that Dr and I used to frequent. I don't remember its name, it was Penang something or the other. But aren't they all named Penang something or the other? It was a dark and musty place, and you sure as heck didn't go there for the ambiance and decor. You went there for the food.

And the food was delicious. No, scratch that, it was heavenly. It was a delirium inspiring feast enough to launch a thousand ships. Oh, wait, that's a different myth, but you get the general idea...

So, needless to say, when I landed in Kuala Lumpur, there was only one thing on my mind. Food.

That demon was finally satisfied when on Christmas day I was led by the hand to Malay Tea House at Central Market.

Yeah, yeah, so what that it was touristy? After all, I was a tourist. A very hungry tourist. I was also a rather tired tourist, because the genius that I am, I skipped breakfast that day, just so I could eat like a madwoman during lunch.

So yes, where were we? Ah, Central Market. Malay Tea House... 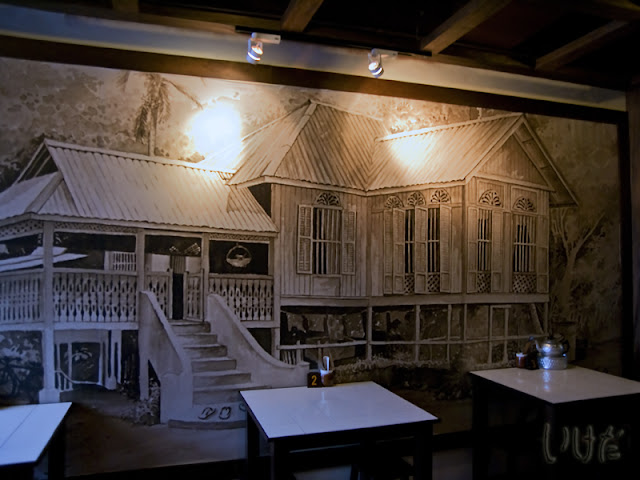 As it was already after the lunch hour rush, the place was empty and quiet. We had a choice of tables (they have three different kinds) and decided to sit in the corner to keep our antics to ourselves.

The tables by the wall were white (the photo above), the tables in the center had a glass top with spices underneath. 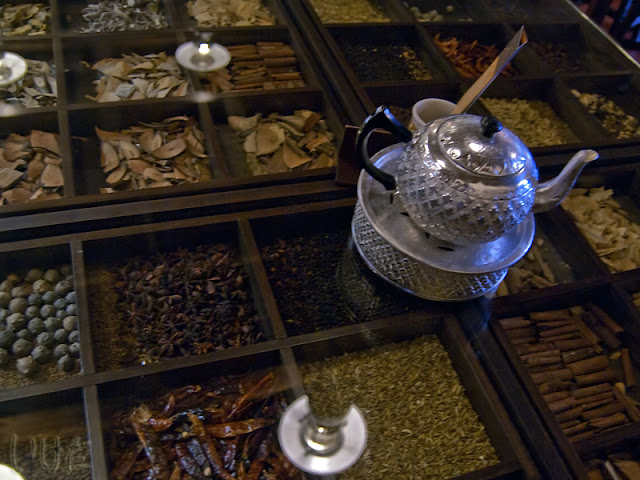 The silver pot is filled with water used to wash your hands. Malaysian oshibori, if you will, except with no towel.

We sat at a normal wooden table, because the last thing I wanted to see was my own reflection in the tabletop while I was shoving food into my mouth.

So yes, what did we shove into our mouths? Not sure, but it was yummy. 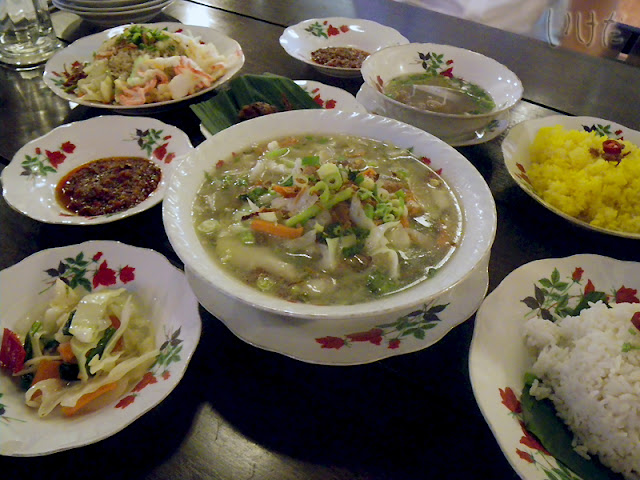 You can find detail descriptions and prices in this entry over at Lina's blog.

I'm not a picky eater, or at least I'd like to think that. Apart from a few things, I'm willing to try just about anything. And those few things are: raw onions, leeks, shrimp, coconut milk and Thai food in general.
As you can imagine, coconut milk was going to be a problem. We were in Malaysia after all. But my friend very expertly selected from the menu only those items I could enjoy. And she chose wisely. Everything was delicious.

And because it was a teahouse, take a wild guess as to what we were drinking. 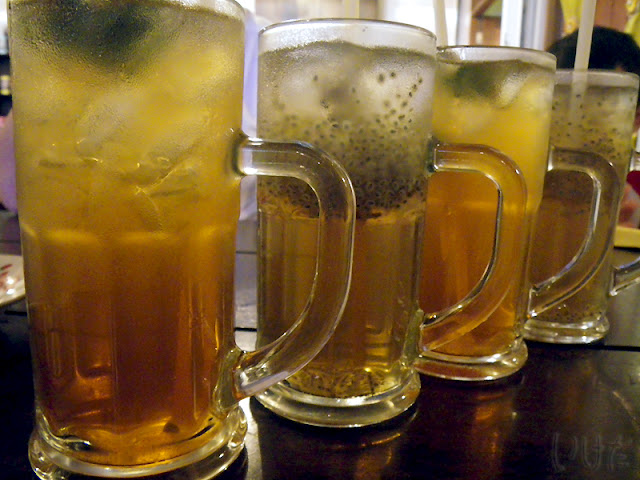 Yep, tea. My favorite turned out to be the one with those little eyeballs floating in it. Yummy!

I'm not much of a tea drinker. In fact, those who know me know full well that there are only two officially approved beverages I consume. Water and Diet Coke (Coke Light). However, in the absence of Coke Light, I have to make do with Coke Zero in Japan.

But if you're into tea, at Malay Tea House they have you covered. There were plenty of choices for your drinking pleasure. 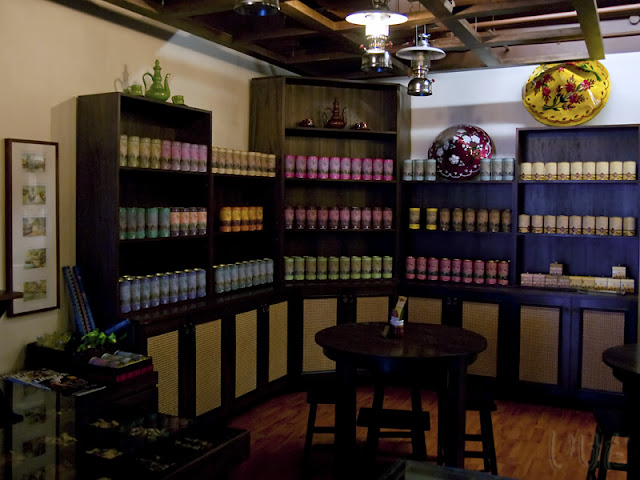 So that was lunch. I miss Malaysia already.
Posted by 2cats at 12:06 AM