I am sitting in my living room, dressed in four layers of clothing (hanten, fleece, sweater and another sweater), tights, fleece pants and two pairs of socks and still shivering like it's January in Japan. Because it is. And to make it a truly miserable night, I thought it would be only fitting to torture myself even more and reminisce about the tropical goodness of Malaysia. Because that's where I'd rather be right now.

One of the places that the awesome Lina took me to was the Islamic Arts Museum in Kuala Lumpur. To be honest, the only thing I knew about Islamic art was that it existed, so the visit was not only fun, but also quite edifying. 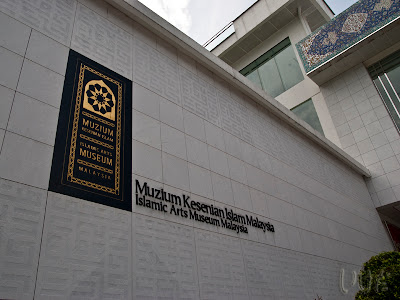 I liked this museum so much that two days later I made plans to visit it again, but you know how it goes... the best laid plans... and all that. Two days later there simply wasn't enough time.

Why did I like this museum? It made me feel like an Oriental princess. There I was, in my long, culturally sensitive clothing (but no head scarf yet) gazing at dainty silver things, admiring Koran scrolls, pretending to be in a time warp and sticking my nose into rooms that looked like film sets from an "Arabian Nights" remake. 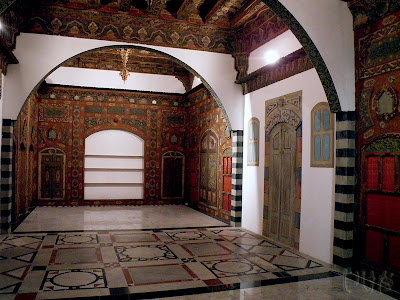 No, you're not allowed to take photos inside. But if you do it discreetly, nobody seems to care. 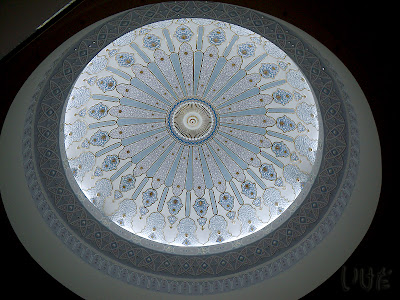 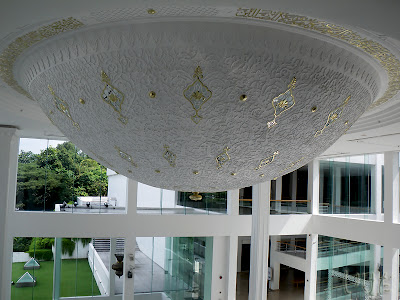 The building itself is not very interesting (at least not for me), it's all modern, angular, very chi-chi design. But inside it's pleasantly cool and airy. There's also a very chi-chi gift/book shop there. And an equally chi-chi restaurant. Needless to say, we didn't eat there. 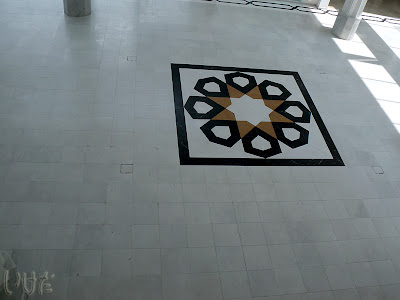 Next time I go there (if, when - no idea), I need to be better prepared and read up on Islamic arts beforehand, so I don't look like a total moron. Which is what I was during my visit last month.

It seems that my list of excuses for another trip to Malaysia is getting longer and longer... And who can blame me? It's a great place to visit!
Posted by 2cats at 11:42 PM