Last Saturday (January 29) we got in the car and took the Tohoku Expressway to Shirakawa - the first town in Fukushima prefecture, right across the border from Tochigi. Yeah, we could have taken the old route 4, but us being us, we were running late and besides, we live right down the street from the interchange. 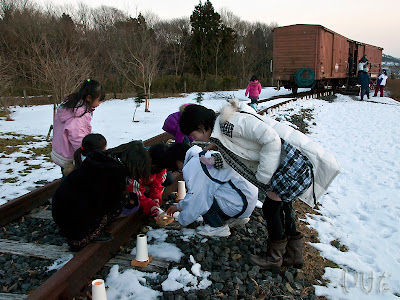 Why were we heading to Shirakawa? To attend the Ice Candle ceremony at the very cumbersomely named Auschwitz Peace Museum Japan. Yes, it references THAT Auschwitz, in case you're wondering. (As if there was any other worth remembering...) 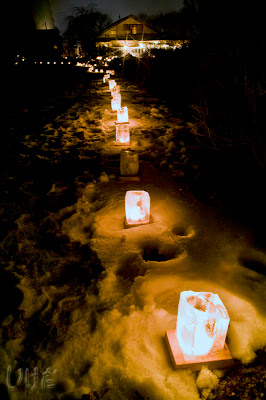 I wrote about the museum and its history here. And I wrote about last year's candle ceremony here. If you take a look at these posts, you'll understand the rant that is about to begin that much better.

The ceremony this year, hmmm... how shall we say it politely... wasn't nice. OK, let's be honest, it was terrible.

In 2010 we had a dignified gathering that made people think and question and ponder. And this year? A gospel choir (Aizu Mass Choir to be exact) signing "Jesus saves" and "Hallelujah". I'm not kidding. I wish I were, but sadly, I'm not. Inappropriate? Yeah, you may say that. Awkward? No, not really, since 99% of the people there had no clue what Auschwitz was and what had taken place there during WW2. In a typical Japanese fashion, they came for the food and free entertainment. 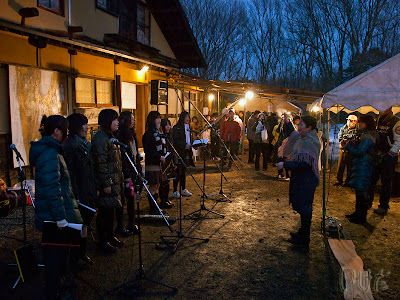 I'm a supporter of the museum. I understand that the museum is not only about Auschwitz, but also about peace. However, if you're going to commemorate something as somber as the liberation of Auschwitz by the Red Army, you might as well try to make the entertainment at least vaguely appropriate for the occasion. 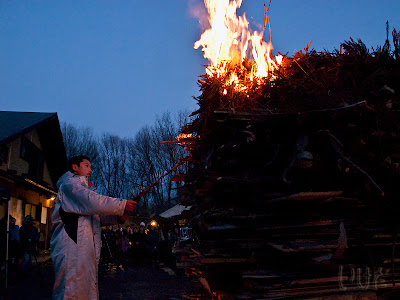 I want to get involved with organizing the event next year. I wouldn't want the ceremony to turn into a cross between a love and peace hippie-style festival and a Christian revival. But that's how it felt this year. 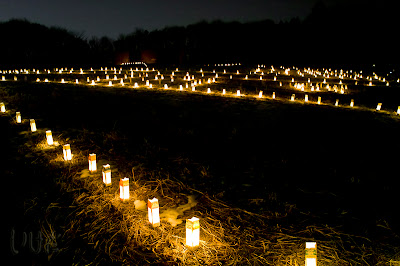 In addition to ice candles we also had milk-carton lanterns, almost 900 of them, set out in the field in front of the museum.

The best part of the evening? A lovely party after the ceremony, with plenty of food (all very yummy) and even more sake (and Kirin Zero for those who had to drive home).

Here's a video of the evening (I edited out most of the gospel signing, sorry).