After my visit to the National Mosque (Masjid Negara) in Kuala Lumpur on Christmas Day, it was only fitting to complete my Christmas experience at a Hindu temple.
And that's why on December 26th, I found myself climbing the 272 steps to the temples at Batu Caves. 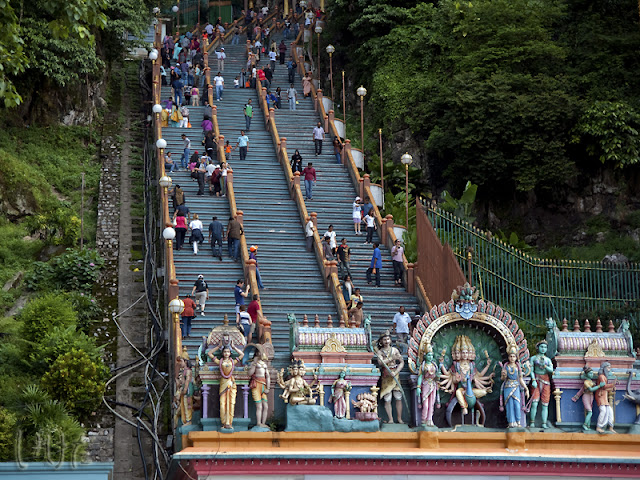 There was no religious festival going on that day and the place was relatively quiet. There were some people there for blessings and other assorted whatnots, but it wasn't too crowded. 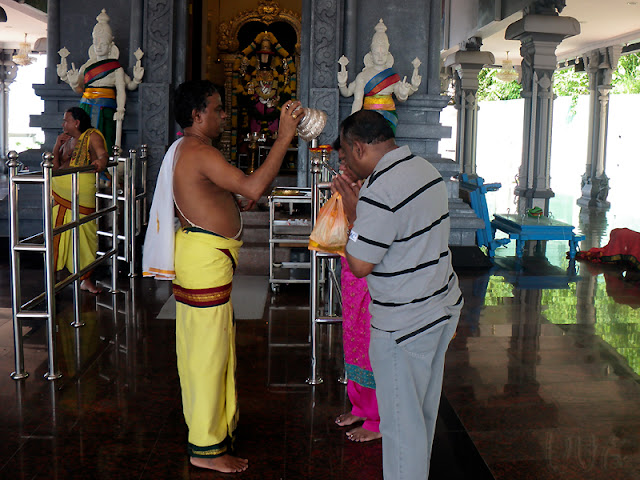 The steps, while steep, were not as challenging as say, Konpira shrine in Shikoku. And climbing them was a pleasure. Supposedly, for every step up, one sin is forgiven. So all in all, I managed to get rid of 272 sins. Not too shabby for a day's work, wouldn't you say? 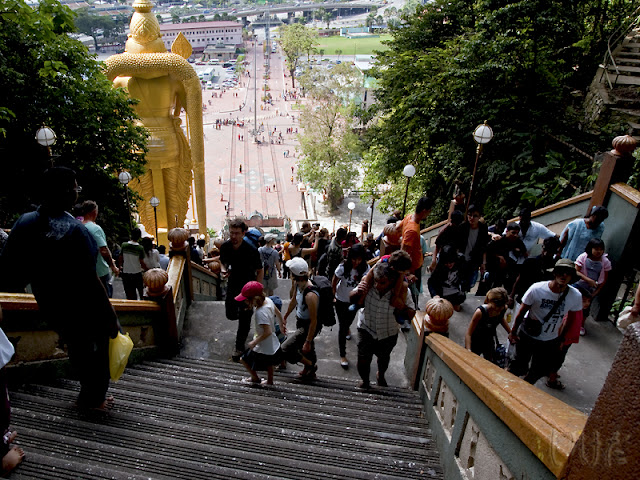 Once up in the caves, it was divinely cool and refreshing. It was also calm and peaceful, the occasional souvenir and "take a photo with my snake" peddler notwithstanding. 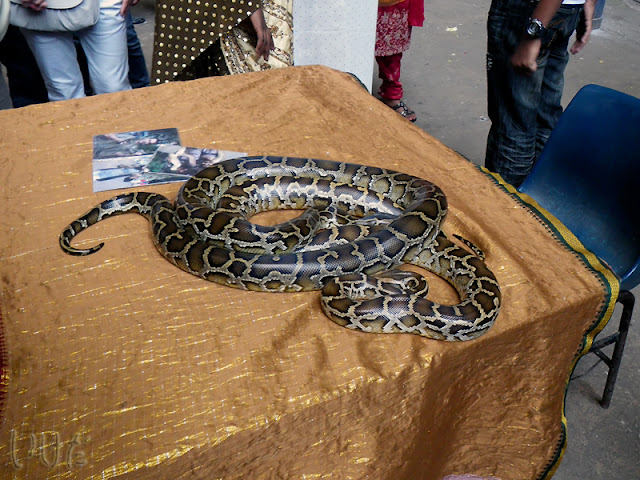 One of the deities worshipped there is Lord Murugan and Batu Caves are the most popular Hindu shrines dedicated to this god outside of India.
The huge golden figure you can see there is supposedly the largest Lord Murugan statue in the world. 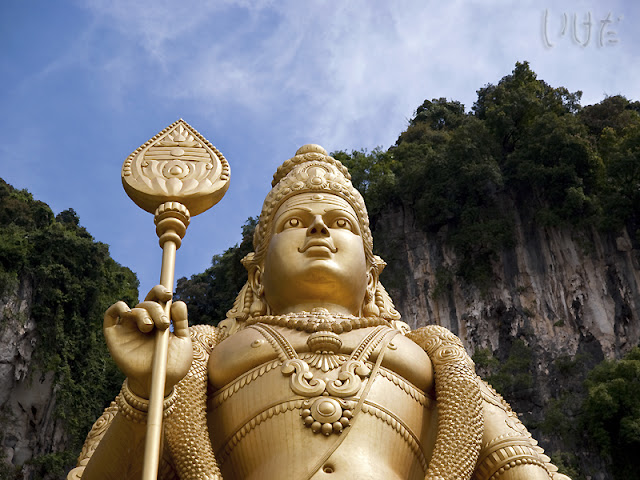 Tourists can enter the shrines, but of course, shoes must be removed. I have this paranoia of walking barefoot in public places, but luckily I was wearing socks that day. Some of the feet I saw were really nasty. 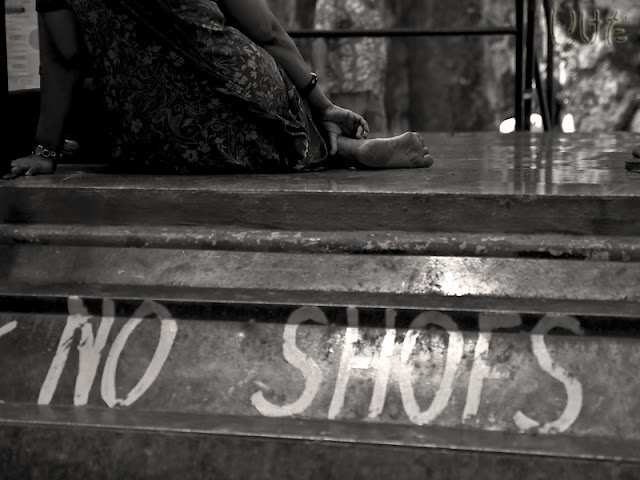 I'm sure Batu Caves must be a lot more interesting during a religious festival. But I'm not complaining. I liked the peaceful atmosphere of an ordinary day.

What I wasn't too fond of were these fried snacks: 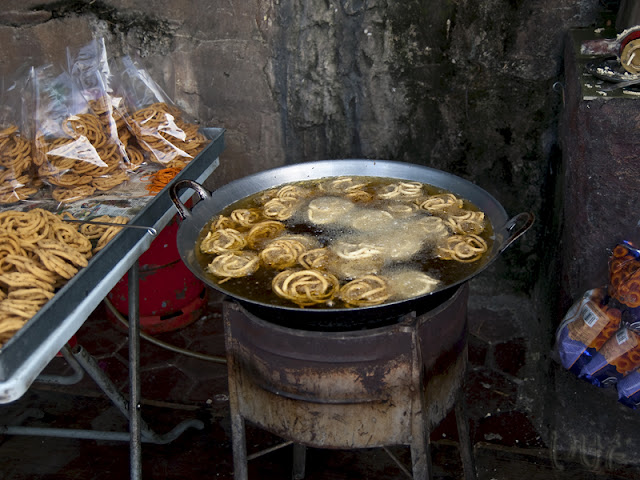 And here's a somewhat shaky video of that visit:

So, between a mosque and a Hindu temple, which one did I like best? Hands down, and a million times more - the National Mosque.
Posted by 2cats at 12:03 AM