I like fountains. Not that I would ever stick my feet in one, or anything (there goes my fear of standing and recycled water again), but it's fun to watch other people do it. And when a kid slips while walking on the edge and falls into the water head first, heck that's even more fun. Free entertainment at its finest.

But where were we? Ah yes, fountains... I've always liked them, but until recently they were nothing more than artistic or ornamental architectural details to me. Pretty to look at but otherwise as useless as two tits on a bull.

Yesterday, however, when I was strolling around the Independence Square in Kuala Lumpur, I finally had my very own private fountain epiphany. Hey, better late than never, right? 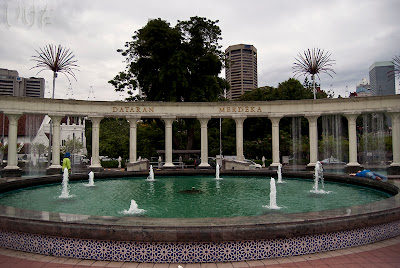 Even though it wasn't sunny, it was still quite hot.

While I sat there wiping the sweat off my brow (walking around is hard work after all) and listening to the gurgling water, I began to feel noticeably cooler. Just the crisp, clear sound of it was enough to bring the temperature down a couple degrees, at least in my mind.

No wonder there are so many fountains all over Kuala Lumpur. Just having them around makes the place feel fresher and cooler. And I guess subconsciously I've known it all along for a long time. 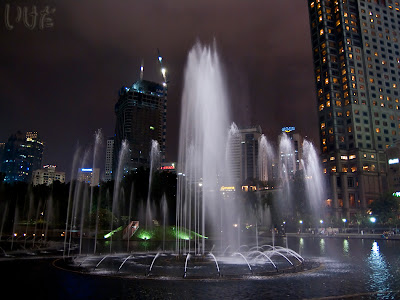 The fact that I've been walking around KL taking photos of random fountains only seems to confirm it. 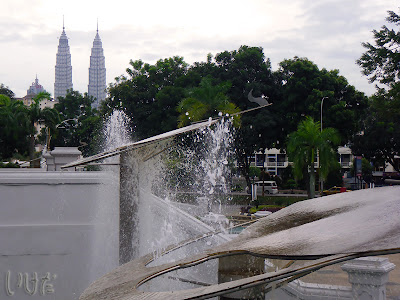 Yes, it does look like I have a new obsession. Oh well, better fountains than pantless people or goat sex, or something... 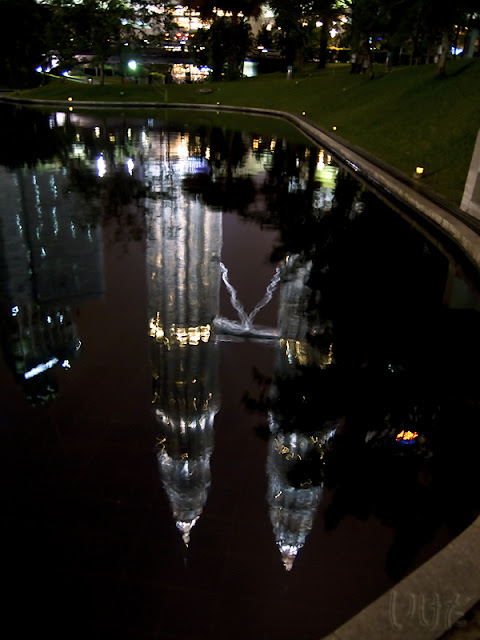 And they are indeed everywhere... I mean fountains, not pantless people. 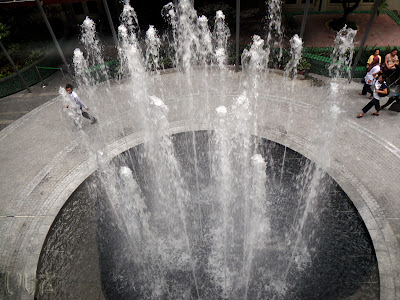 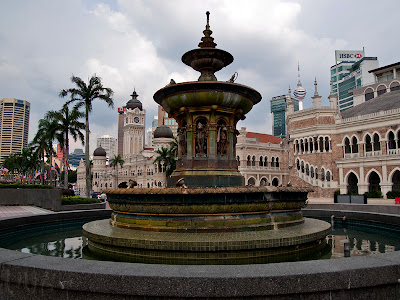 This is my Watery Wednesday entry.
Posted by 2cats at 11:48 PM