As requested - boring and mundane

People are strange. And that's a fact. 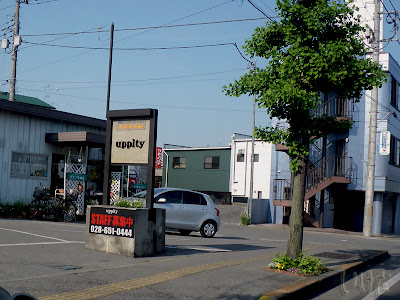 And if naming a staffing agency "Uppity Staff" is not enough for you, then the other day I got an email from a reader asking me to show "nothing artistic, just the boring and the mundane, you know."

Hmmm... you want boring and mundane? No worries, we got you covered. Because few things are as boring and mundane in Utsunomiya like driving somewhere on a Sunday afternoon. Unless of course, you are heading towards the Interpark shopping complex - then your commute could turn into a white knuckle ride of death, especially if there's a major sale going on...

But for all other destinations there's hardly any traffic, no crazies high school kids out on their bikes, and very few Mito drivers. (If you think Tochigans are nasty behind the wheel, you haven't experienced a driver from Mito on hostile Tochigi ground.)

On Sundays (with the notable exception of the road to the Interpark shopping complex) people are generally friendly, relaxed and even remember to use their turn signals.