I had been wanting to go there for ages. But as it always happens with the best laid plans, stuff just kept coming up. So when we finally piled ourselves in the car last Sunday, I was grumpy, hungry, cold and had to pee. And was nursing a vicious cold. And the weather was not so great either. 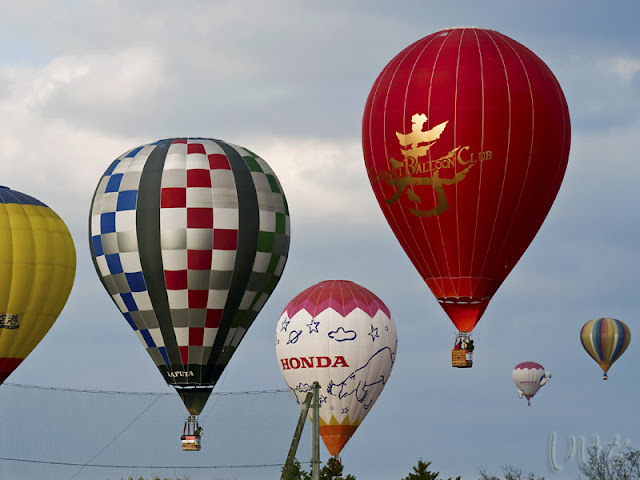 The 2010 Tochigi Hot Air Balloon International Championship and the 2010 Hot Air Balloon HONDA Grand Prix (because that's the official name of this event) was held this year from November 18 to 23 in (where else?) Tochigi. 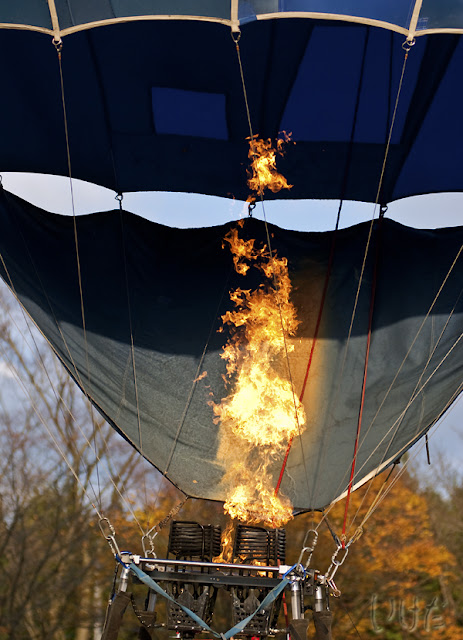 Actually, there were three designated starting points, two in Haga and one in Utsunomiya. On Sunday, the afternoon session was setting off (flying away?) from Haga. 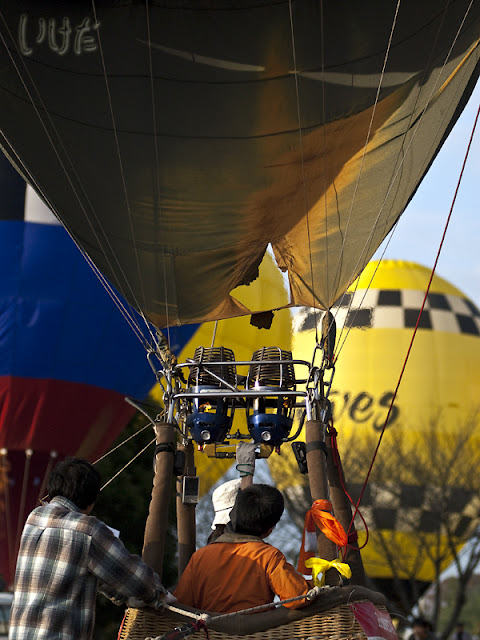 Of course, Dr Trouble did not listen to me when I told him to drive to Haga, and he went to the other designated place on the banks of the Kinu river in Utsunomiya. When he finally realized the balloons were starting in Haga, we jumped in the car once again (and I still had to pee like crazy) and got stuck in a massive traffic jam, because everyone else was heading to Haga as well. Then we got lost. But anyway... 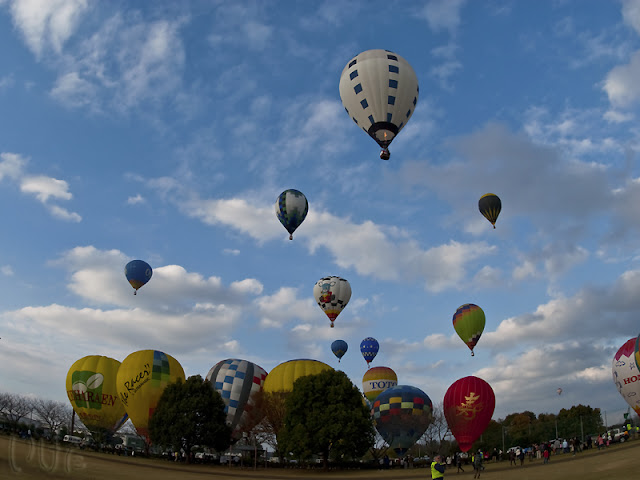 We made it to the field in Haga just in time. I did film the start, but the clip is not processed yet, maybe this weekend. Sorry!

Then it was again in the car and a mad chase after the balloons followed. We drove towards the town of Takanezawa, where huge marks in the fields were set up. That was the designated landing place. And because everyone else was following the balloons as well, those tiny countryside roads cutting through dried rice fields were clogged with traffic. It was like a mad dash to Fukudaya in Interpark (a shopping complex on the outskirts of Utsunomiya) when there's a major sale going on. 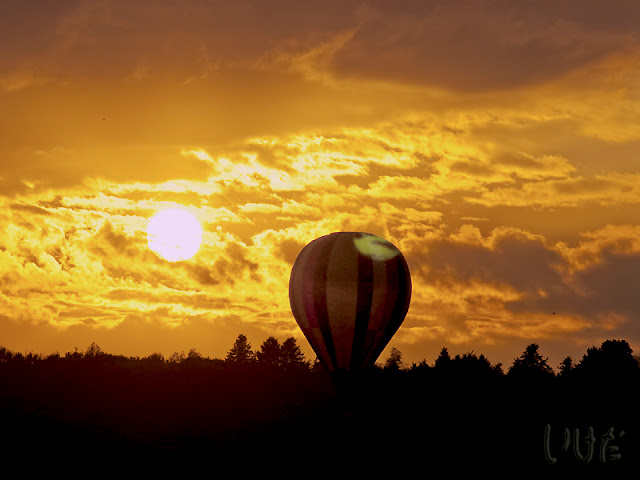 Dr Trouble finally decided to abandon me and the car and ran after the balloons on foot. And I was left navigating through piles of haphazardly abandoned parked cars on roads as wide as a typical bike path. It was fun.
On Dr Trouble's blog there's a photo of a balloon crew looking with horror as another balloon is about to land on top of them. 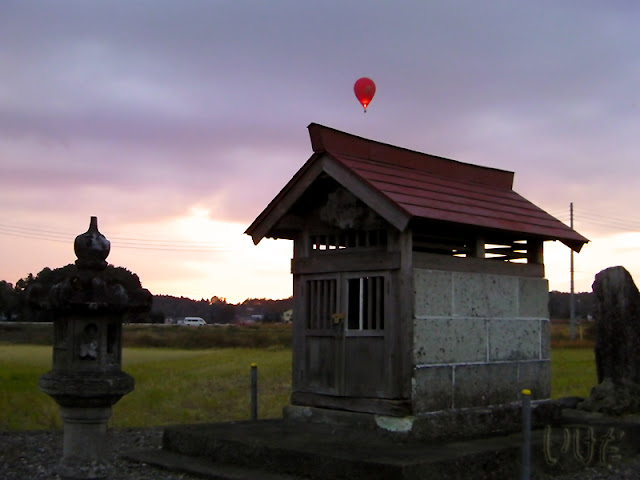 After all the balloons landed, we wanted to return to the banks of the Kinu river where a night time balloon light up was going to take place. But of course, we got lost again. And it was only then, when we finally stopped at a convenience store so the husband could ask for directions (amazing, I know!) I got to use a restroom.

And this is what was going on at night.

All in all, it was a fun day. Night. Whatever. We'll do it again next year. 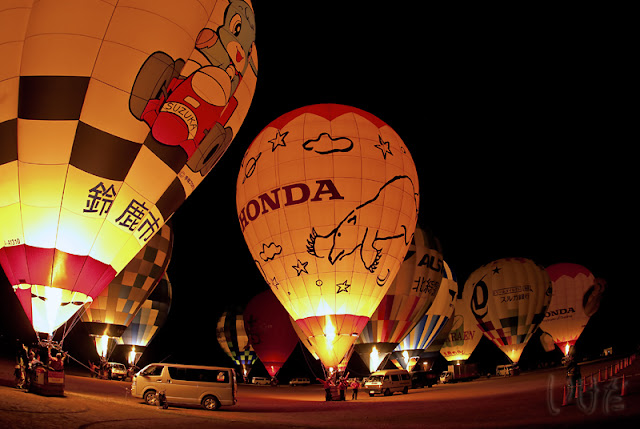