We love festivals. That much should be obvious by now to anyone who is not a first-time visitor to our blog. And even if you are a brand new reader (in that case - "Hello, nice to have you here! Make yourself at home!") or got here thanks to a poorly worded google search, it's going to become very apparent to you in... oh, right about now, that for us, matsuri (Japanese festivals) are a serious matter. A VERY serious matter.

So when a festival that is held only once every two years rolls around, you can bet your kifuda (木札) that we are going to be there. 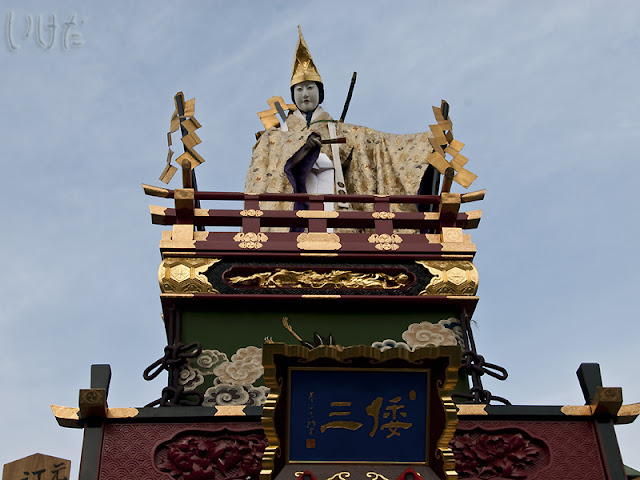 And that's why last Saturday we took the Tobu line to Tochigi City to attend the famed Aki Matsuri there.

The Autumn Festival had looked so lovely on a computer screen. Huge, lavishly decorated floats (dashi - 山車), blue sky, hordes of tekomai decked out in their finest festive attire, shaking their staffs and chanting during buttsuke, and massive crowds of people. It was going to be nothing short of awesome. That should have been a no-brainer, right?

Well, it didn't quite turned out that way.

I'm not sure, maybe it's me, but while I didn't exactly hate the festival, I wasn't exactly impressed either. It was... hmmm... how to put it nicely... Boring. 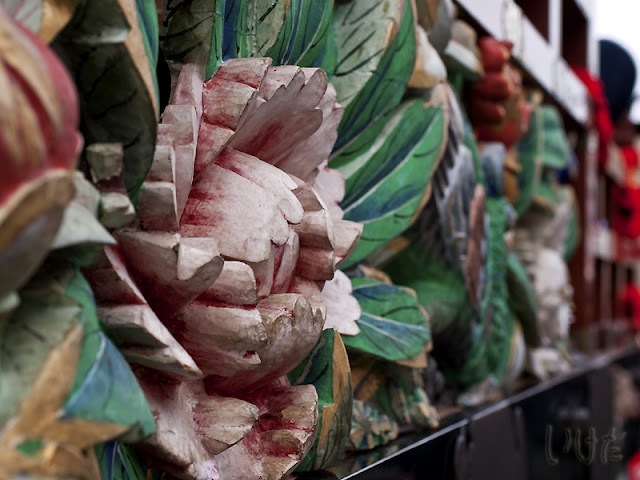 Yes, the floats were magnificent, and the nighttime parade sufficiently impressive. But with its carefully orchestrated photo ops and participants that looked like they were being subjected to cruel and unusual punishment, the whole festival took on a very bleh aura. 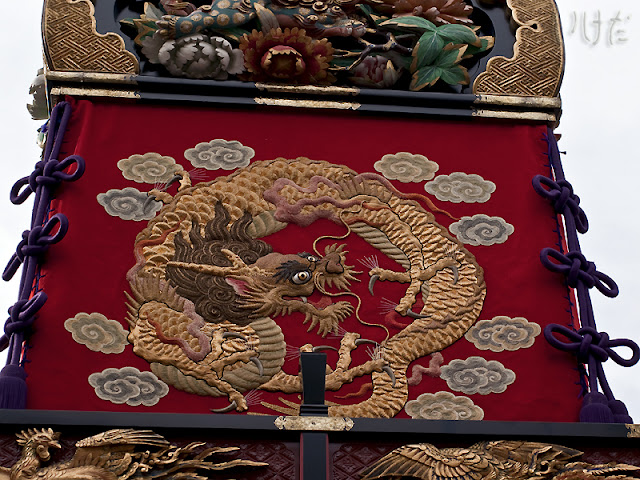 The float teams looked bored to tears or downright unhappy. Their energy level and enthusiasm peaked at about minus five (on a scale from zero to... well... zero) and looking at their sour faces was not particularly joy inspiring. 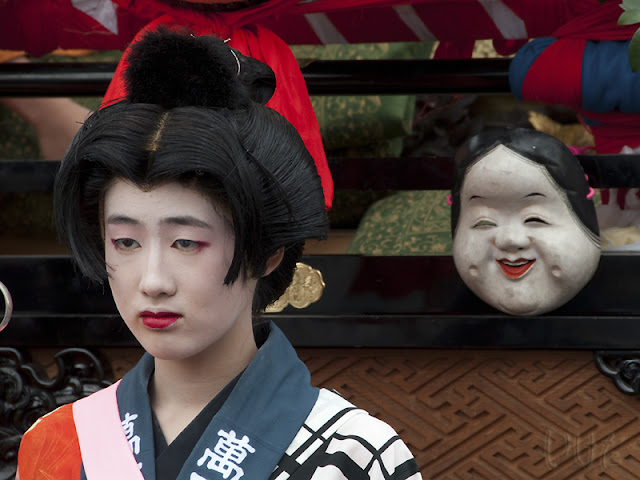 Only the mask is smiling

And don't even get me started on the vicious and nasty attendees, many of whom would have no quips at all about stabbing you to death with their monopod to get a better viewing place.

Maybe I'm too provincial for such a huge event with so many people. But Miya Matsuri is also a huge event. And the attendees are also nasty and vicious. But at least they apologize before stabbing you to death. And Miya's participants look like (or at the very least - pretend like) they're having fun. 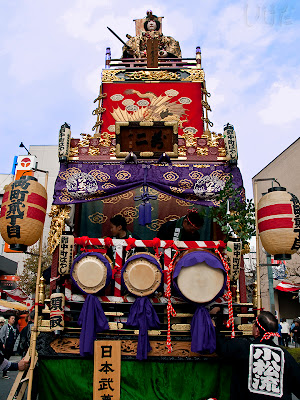 Yes, the buttsuke in Tochigi was impressive, but the over zealous security people did their best to treat you like an unruly five year old child. Move back, stay behind the white line, do not cross. In Moka and Kanuma nobody shoos you away from the action. Quite the opposite in fact, you are invited by the handlers to get closer and get crazy with the rest of them. 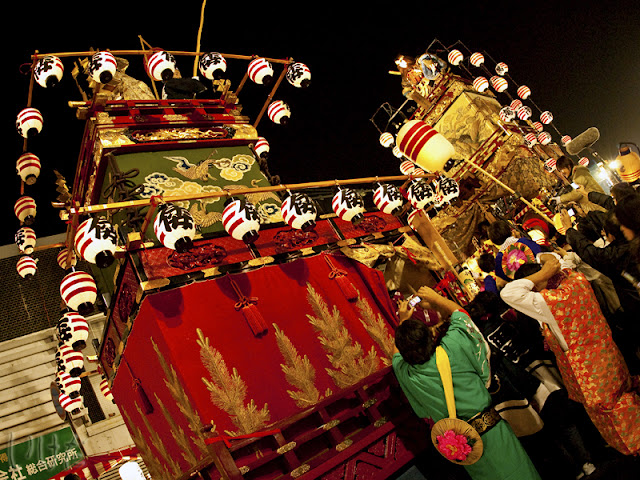 Still, I understand, different places do things in different ways. That much could be expected.

So what is the number one difference between a good festival and a mediocre one? In addition to friendliness, smiley faces, positive energy and helpful men with orange glow sticks?

The hair. And that's a fact.


More photos from Tochigi city - here and here. And even here.
Posted by 2cats at 10:25 PM