Who are these girls in front of mikoshi (a portable shrine)? Where did they come from? What's their job? 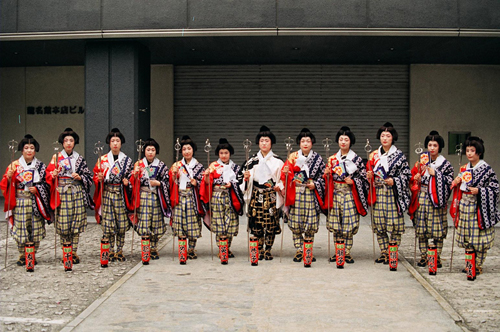 
It is a rule (sometimes followed and sometimes not) that a mikoshi should be preceded by a group of local gals. They are called “Tekomai" (手古舞). Let me tell you a bit about their origin and their goofy fashion.

In the mid-Edo period, geishas (芸者) acted as tekomai. However, these days, since there are not enough geishas, and besides – they have other, more exciting things to do, local schoolkids are encouraged to attend and play this role.

It was customary for tekomai to wear a “man’s” kimono. Yes, it IS a MAN’s outfit that a tekomai girl wears. Back in the olden days, mikoshi (portable shrine) was considered so sacred that females were not even allowed to join the procession. And probably that’s why those geishas had to pretend to look like men, I guess. 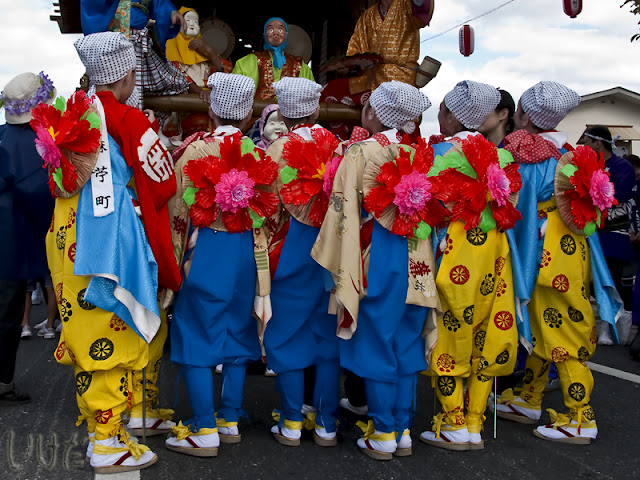 Now, about their clothes: 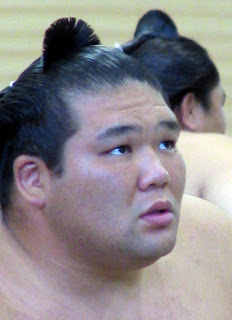 
This is very obviously a men’s hairstyle and it is recommended but not mandatory. Instead, it could be yuiwata (結綿), momoware (桃割れ), or chigomage (稚児髷) - they are all female hairstyles.
And in the first photo in this post, as you can imagine, the girls are wearing wigs. Fancy hairstyles are time-consuming and difficult. 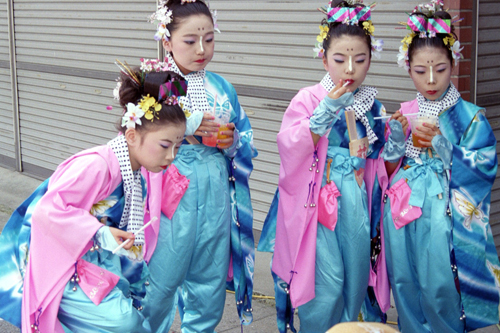 Tekomai girls with chigomage hairstyle. This looks like real hair though. Image: Wikipedia


In Tochigi (where we live), tekomai girls wear tenugui (手拭い) - Japanese hand towel made of cotton as a hat. So, no complicated, traditional hairstyle is required in our dasai prefecture. And no wig. Only a towel. Douglas Adams would be proud. 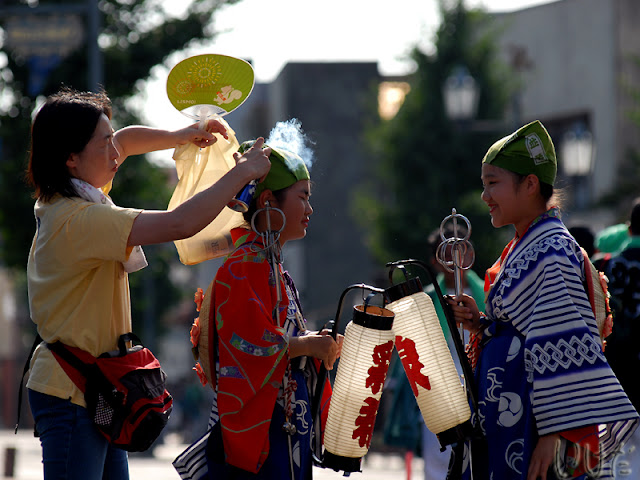 Mom spraying under the hat-towel with cooling spray. It was bloody hot that day. Moka Summer Festival 2009.

A tekomai girl carries “shakujo” (錫杖)- Buddhist ringed staff in her right hand and a portable cho-chin (提灯) - paper lantern in her left hand. The girl’s name is printed on the lantern. 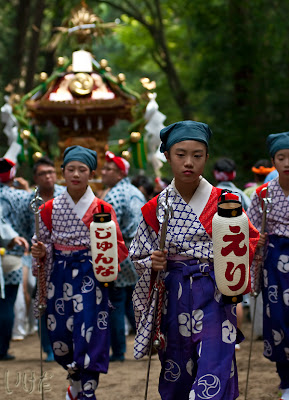 Local Mokan girls leading the procession. As you can see, their makeup is rather subtle when compared with the wiki images.


So, now you know stuff. Next time you attend a matsuri with your foreign guests, or want to impress your local girlfriend, you can show off your knowledge about the funny looking kids in front of the mikoshi procession.
You're welcome. 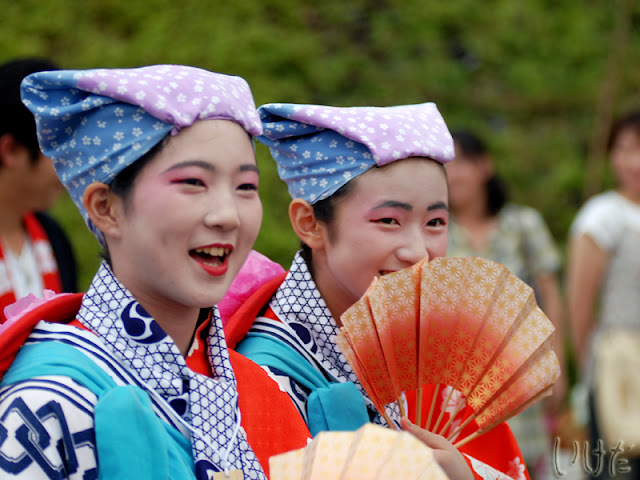