Once upon a time Utsunomiya used to have a castle. It was an important castle, too, but that’s a topic for another post.

Anyway, during the Boshin War (戊辰戦争) in 1868-69 between the Tokugawa people and the Meiji people, the castle was burned and destroyed to nothing.

The typical lot of the losing side. There are many interesting stories about the castle, and the war, and how and why it was destroyed, and I believe that one of these days Dr Trouble will give you the 411 on that. He’s good at stuff like that. Full of historical links, archival photos and whatnots.

But where were we? Ah yes, the castle. 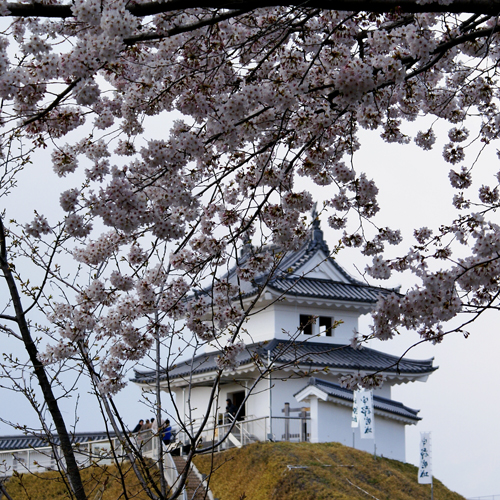 Here it is in the spring

It’s partially (one-third) restored now, with two turrets standing and a half a moat around them. Inside the former castle there is now a park. That’s the place where all mikoshis from all the districts gather for the annual Tenno Sai festival. That’s the place we normally invade during Tenno Sai without any proper press passes to film and photograph all the commotion.

And that’s the place that wanted to have its very own small event – the Festival of the Site of Utsunomiya Castle. It took place last Sunday – October 24, 2010.

The highlight of this festival was supposed to be a procession of Japanese feudal lords – Daimyo Gyorestu. And to see that I was forced to get up at 7AM. On a Sunday. Bleh… 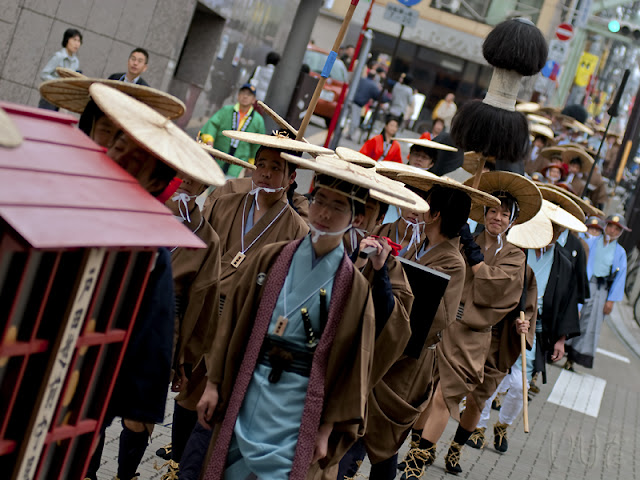 Anyway, since there are no real lords (lords of the criminal underworld do not count), a call for volunteers was issued in the summertime. If you wanted, you could sign up and participate in the procession. Even if you’re a foreigner. Black, white, striped, it didn't matter; male or female, young or old, it didn’t matter. All they wanted was a pulse. And the ability to put one foot in front of the other. 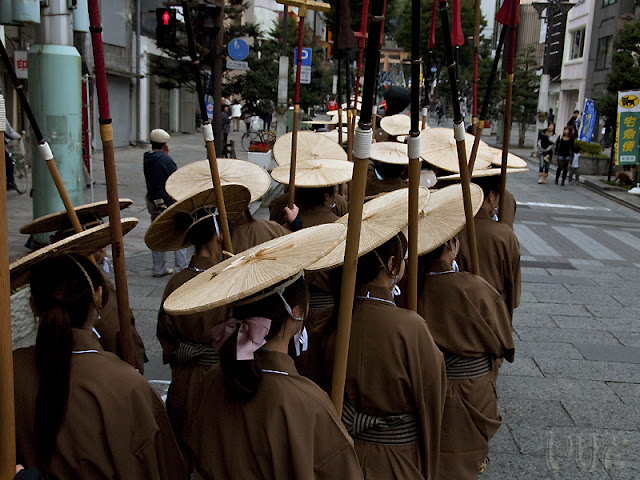 It seems that not that very many people were interested in volunteering, because the majority of the procession consisted of elementary, junior high and high school kids. And old, retired people who have absolutely nothing better to do on Sundays.

The procession started at Nishi Elementary School and went via Union Street and Orion Street to the shrine. At Futaara shrine, our friendly Shinto priest, Mr. Ueno (looking very ragged and tired, what happened, Mr Ueno? Are you OK? Please take care of yourself!) preformed oharai (waving of the stick with a bunch of shredded paper at its end over the heads of the people).


And after that, the procession continued to the Castle Park.

It was mind-boggingly boring. I can’t believe that I actually got up at the butt crack of dawn to witness that. 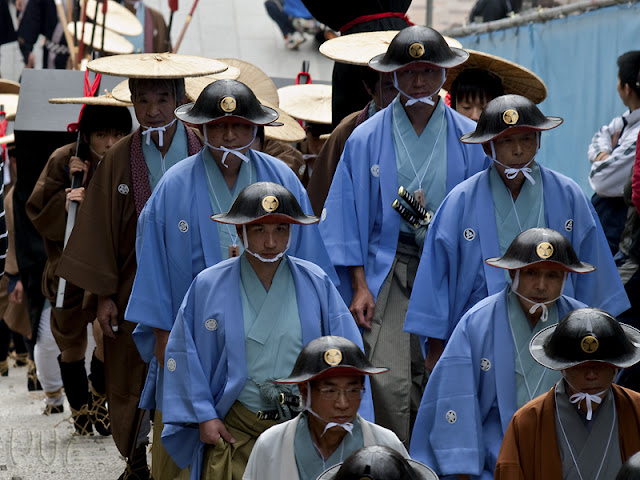 What else can I tell you? Maybe that this march was patterned after a famous scroll depicting the procession of the high lord Toda Echizen no kami Tadayuki (戸田越前守忠恕), the 46th lord of Utsunomiya Castle, who visited Nikko instead of the current shogun. Presumably, the good shogun had better things to do. And frankly, I can’t blame him. 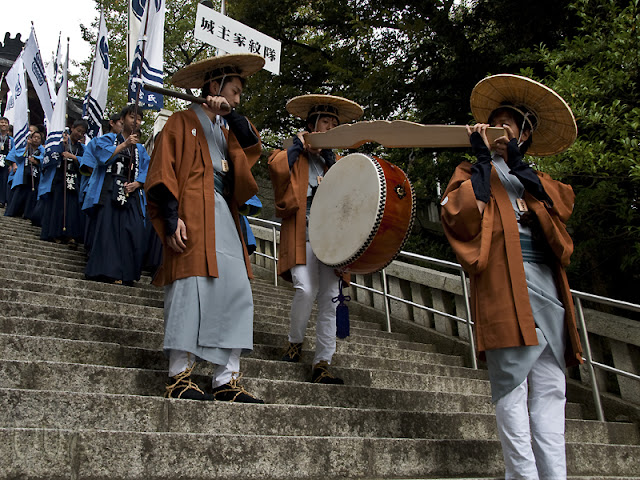 But I didn’t really want to tell you that, because I’m too lazy to scan a photo of the scroll to post it here. So, this very brief description will have to do for now.

Last Sunday’s event was the first attempt to re-created the procession based on the scroll.

If you want to read more about Utsunomiya Castle, you have to ask Dr Trouble, and knowing him, he’ll prepare a five-part post series detailing the most obscure aspects of this landmark structure.