In this entry, Dr. Trouble is going to bore you to tears talk about Kagura (神楽) – a shinto dance performance we saw at the Rei Taisai festival at Nakamura Hachimangu in Moka.


The Origins of Kagura

In the Japanese myths, Kojiki and Nihon Shoki, there is a part called “Iwato kakure (岩戸隠れ)” where Amaterasu (天照), the Sun Goddess, got upset at her younger brother, Susanoo (須佐之男), because he was ruthless and mean to her. He used to poop and then scatter his scat in her Palace. When Amaterasu was weaving textile dedicated to another god, Susanoo threw a skinned horse, which he skinned himself, by the way, at Amaterasu. She couldn’t take it anymore and decided to hide herself in a “heavenly rock cave” (Amano Iwatate). This incident is called “Iwato kakure (岩戸隠れ) – Amaterasu hiding herself in Iwato”. As she was the Sun goddess, the world plunged into darkness and disasters ensued. Or something like that.

Her dancing is considered as the origin of Kagura and she is the first Miko (巫女 - shinto female shaman). Amaterasu was curious about what was going on outside her hiding place and stuck her head out to take a look at Ame no uzume’s dancing. Ame no tajikarao (天手力男神 - the god of Armstrong, or rather, strong arms) grabbed Amaterasu’s hand and dragged her out. The sexy, naughty dance was successful. Amaterasu was pulled out of Iwato. The sun came out again.

Dance performance of Ame no uzume at Iwatate. Unfortunately, this is the “approved for all audiences” version.


Ame no tajikarao is enshrined at several shrines, such as Tejikarao (手力雄) shrine in Gifu city and Kakamu city, Togakushi shrine (戸隠神社) in Nagano city, Amano tanagao shrine (天手長男神社) in Iki city, and a bunch of others. 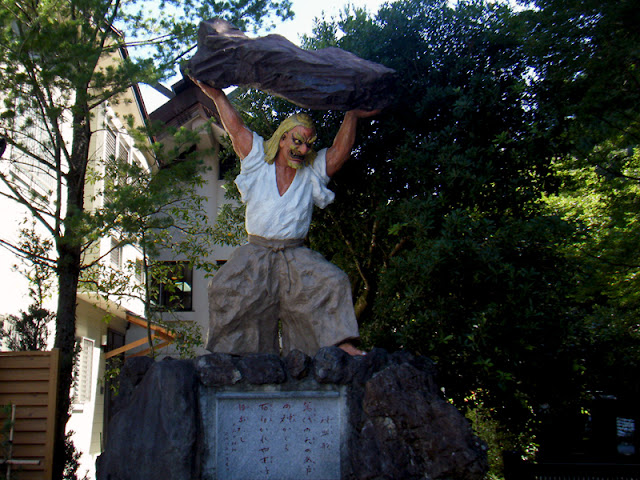 
Note that later on, Ame no uzume met a long-nosed reddish-faced deity, Sarutahiko (猿田彦), and married him. Please visit our old post if you want to know more about that encounter.


Why Kagura is called "Kagura"? 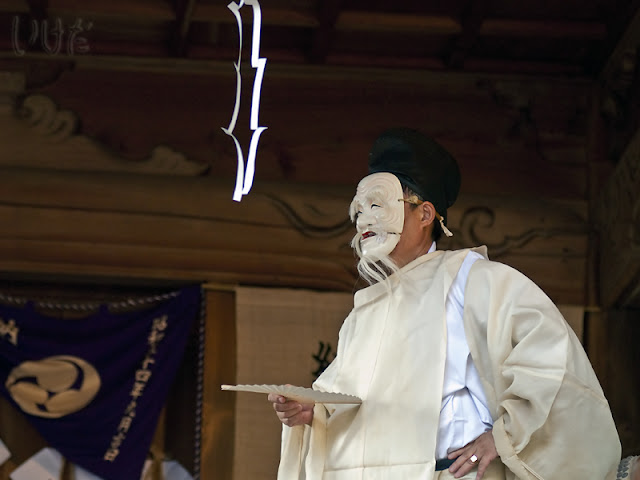 Another bit of entertainment you can enjoy at Rei Taisai at Nakamura Hachimangu is Daidai Kagura (太々神楽 - shinto theatrical dance), performed at the Kaguraden (神楽殿) Hall located to the left of the Honden (本殿) Hall (main building).

Kagura (shinto theatrical dance) is a dance performance dedicated to shinto deities. Kagura denotes singing and dancing that take place at Kamukura/kamikura (神座), and that means “place where deities reside” or “sacred place to invite holy spirits or to calm evil spirit down”, or something like that. It’s shamanism of sorts. After the shaman invites the gods, they act as messengers between deities and “ordinary” human beings. A divine message is sent to the participants (human beings) while shinto priests are in “Kami gakari (神懸かり - oracular divination) and your wishes are transferred to the gods through the priests, as well. This dancing and singing performance to welcome the deities was then called Kagura (神楽 - gods’ entertainment).


Although we did not watch the entire performance, we found it quite impressive. We also saw a great number of people enjoying it. They were mostly old ladies and gentlemen. To be precise, about one third of the audience consisted of disabled persons, sitting in wheelchairs assisted by their family members. Personally, I think it was great that this festival provided entertainment for people who couldn’t move around freely. Too many matsuri simply ignore those in the audience that are handicapped and mobility-impaired.

The actors were shinto priests at Hachimangu. Some had masks but others revealed their faces. We saw our favorite Sarutahiko! And an old dude with a very odd smile, as well. 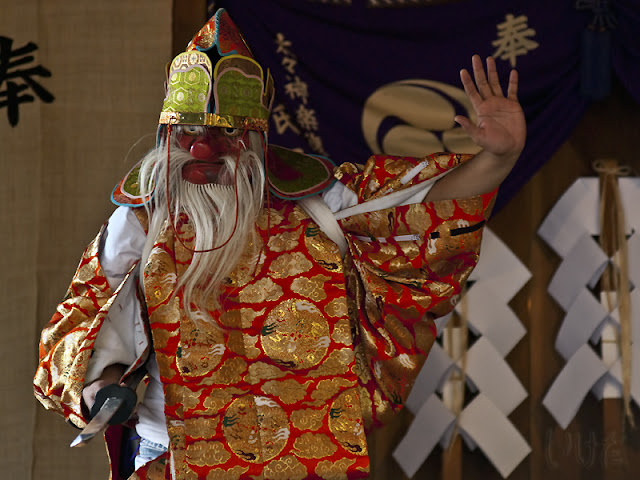 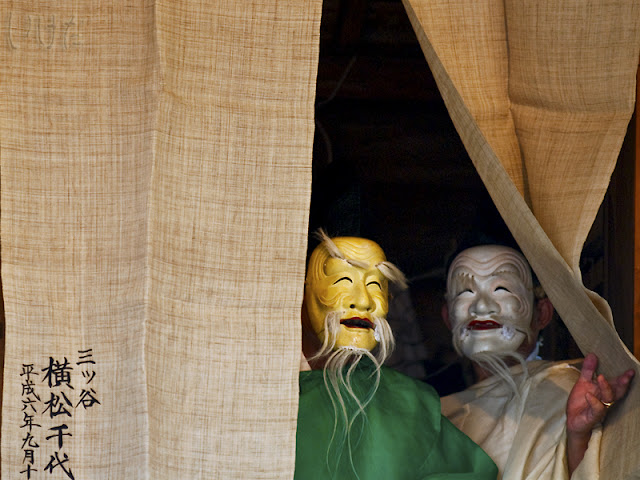 And here, our video of the performance:


To be continued, whether you like it or not…


PS. Our other entries detailing the Rei Taisai at Nakamura Hachimangu in Moka are: