Dr. Trouble, knowing that it will be sometime around October before I get off my butt and write something, was kind enough to prepare this entry. 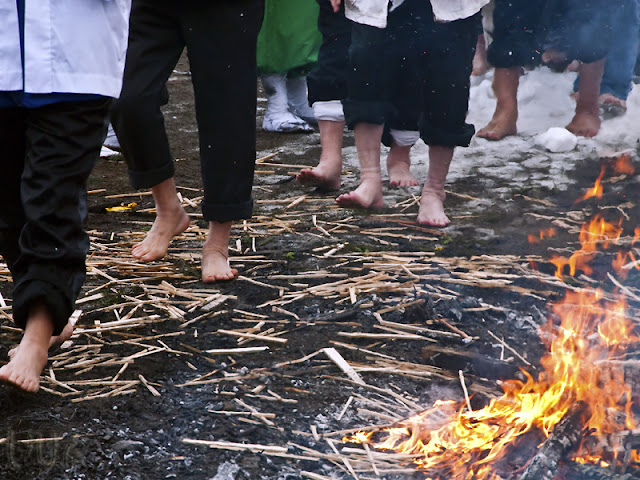 Having given it 3 stars in our Tochigi summer festival listing, it’s easy to guess that was one event that we were not going to miss (though we almost did, Dr Trouble forgot about it). So we got into our car and headed deep into the wilderness that is the northwest part of Kanuma city, where the population of monkeys, or even bears, is greater than that of Homo sapiens… This time we did not forget to take a ladder (two ladders actually) to be able to get a nice view from above the crowds, instead of fighting for a prime spot with “mature” photographers (those old retired guys who attend every possible matsuri out there and who will stab you without a moment of hesitation if it means a better viewing spot, I hate those f*ckers).

Mt Kongo Zuihoji temple was established by Monk Sho-do in A.D. 757. He stopped by on his way to Nikko and named this area Kobugahara (古峯原). He was then 23 years old. He is well-known for developing Nikko’s religious area, but he actually did much more than that - stay tuned for a post devoted to him, and him only - it's coming up soon. Together with the Nikko shrine and temple complex, Kobugahara is a place where Buddhist monks are known for their rigorous discipline. A disastrous flood in 1919 caused a tremendous loss of buildings and statues there and the temple and its accompanying structures had to be reconstructed, a lot of them from scratch. 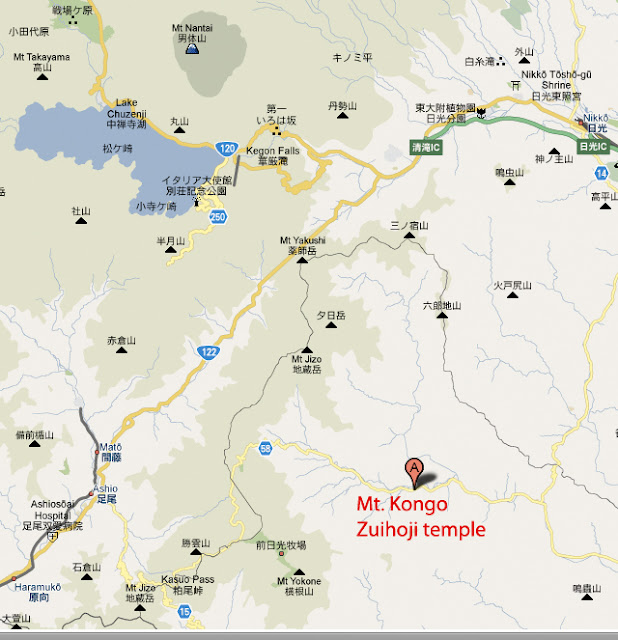 Kobugahara Mt. Kongo Zuihoji temple belongs to the Shingon school of Buddhism, Daigo class (真言宗醍醐派). Kongo Doji (金剛童子) is primarily worshiped there. Other than that, there are literally tons of statues at that place, and you can have a good time simply by clicking on this link. And since we didn't really take any photos of the temple grounds, this link is as good as it gets.


On the last Sunday in May, the annual fire walk training is conducted at Mt. Kongo Zuihoji temple (古峯原金剛山瑞峯寺) in Kanuma city. Religious devotion of well-disciplined monks is strong enough to walk on burning coals. 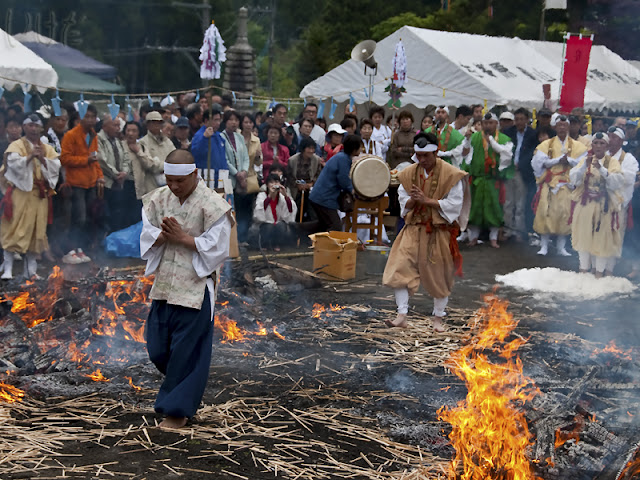 And since the weather was misty and pretty chilly Ms. Trouble herself was desperate to jump into the red flames fueled by pieces of sacred wood and gasoline. (Actually, it was raining, and I swear I am getting a waterproof video camera ASAP!) Fun times! The objective of the ceremony was to pray for your well-being, good luck for your business, for your country to win the Eurovision song contest next year… Or something like that. By the way, congratulations to Germany, probably the only European country that is not bankrupt yet and can actually afford to host the contest in 2011.

Anyway, what were we talking about?

These pictures tell you pretty much everything you need to know. 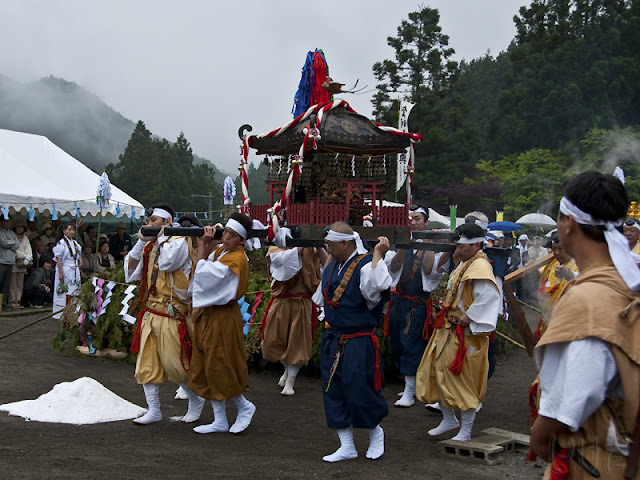 Shinto-style mikoshi carried by Buddhist monks and that mikoshi obstructed my view since the moment the ceremony began (yay for ladders!) 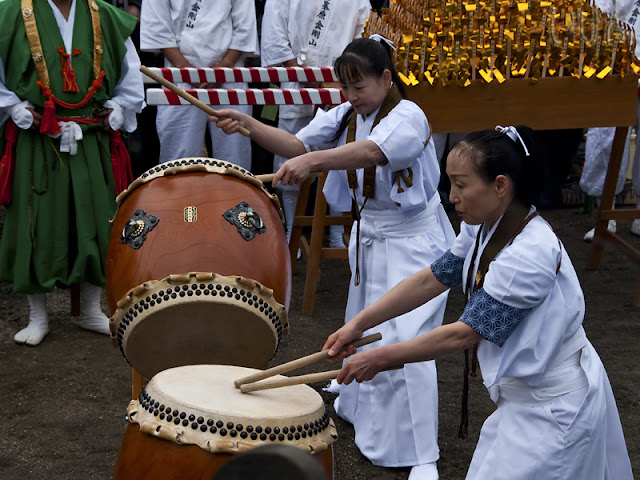 Drum performance before the ceremony. There were also a lot of Buddhist prayers... 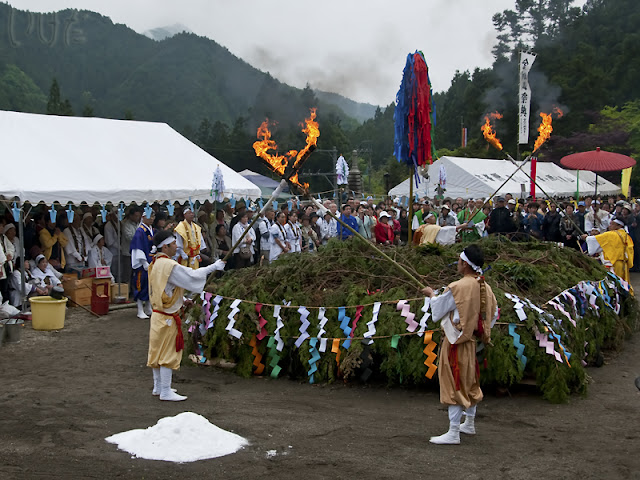 Monks ready to start the fire. 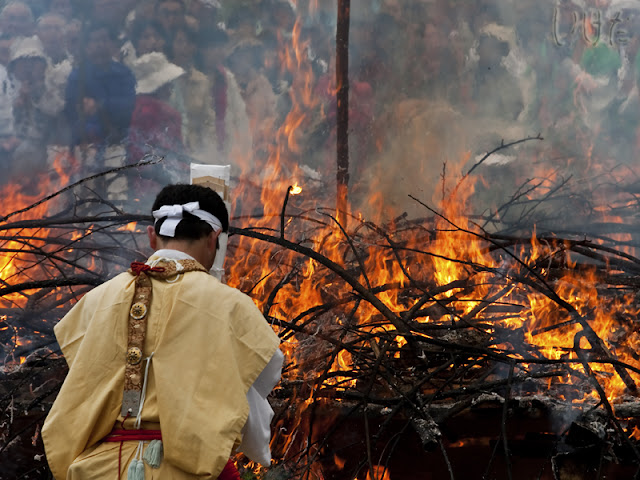 We finally could get some warmth (too late for Ms Trouble though, she caught a cold) and the fire helped the cameras dry quicker!!! 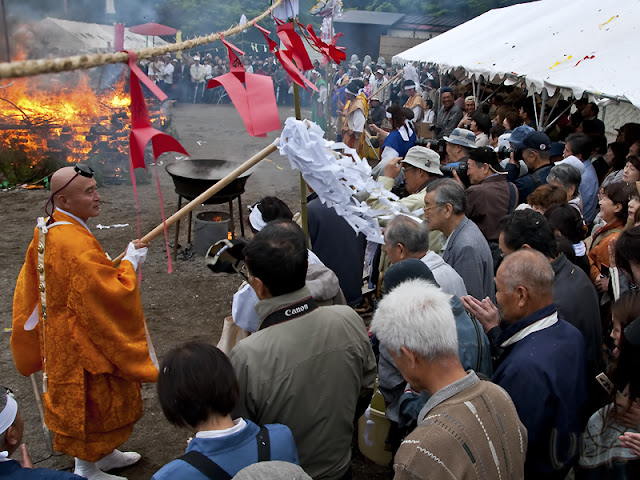 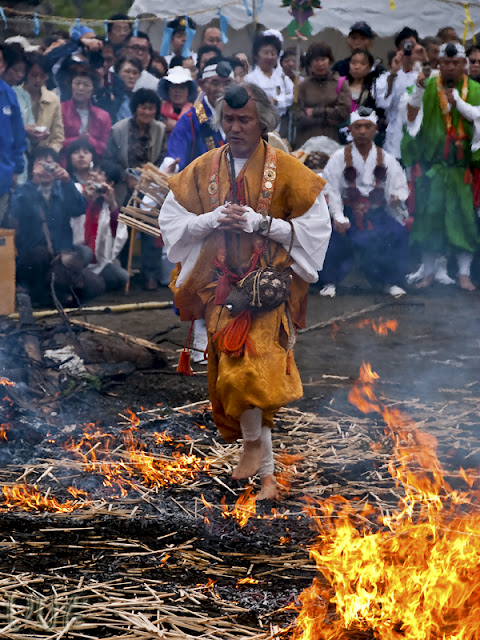 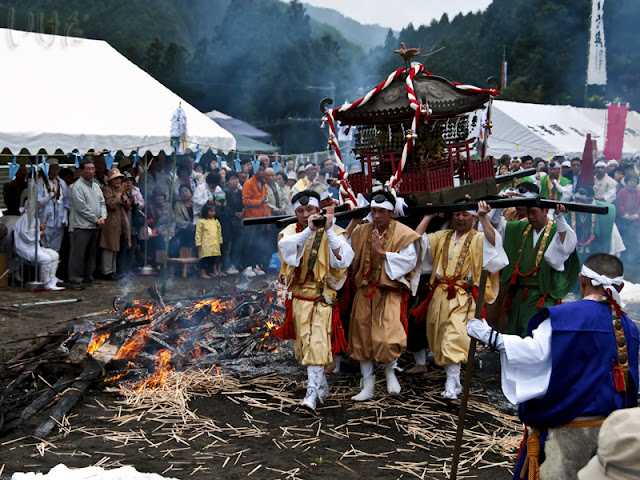 And yeah, they carried the mikoshi through the fire passage too. (Ms. Trouble was half hoping it would burst into flames, she so didn't want it to be returned to its spot by her ladder). 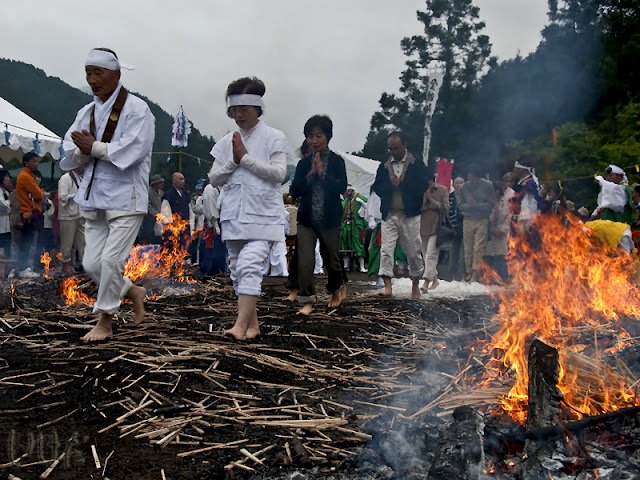 And when the monks got done, it was time for the civilian population to show how tough their feet were. 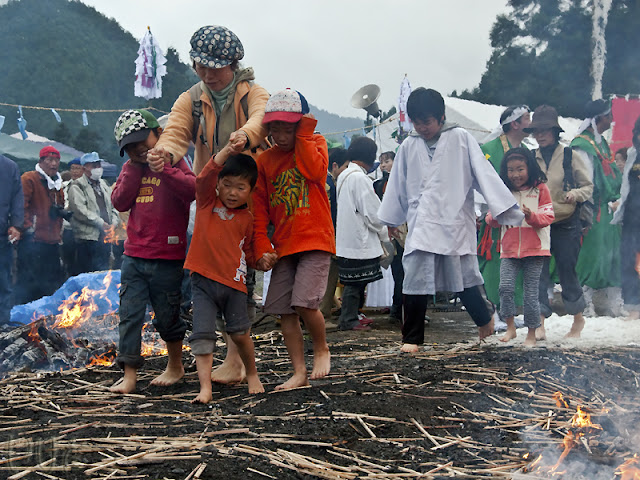 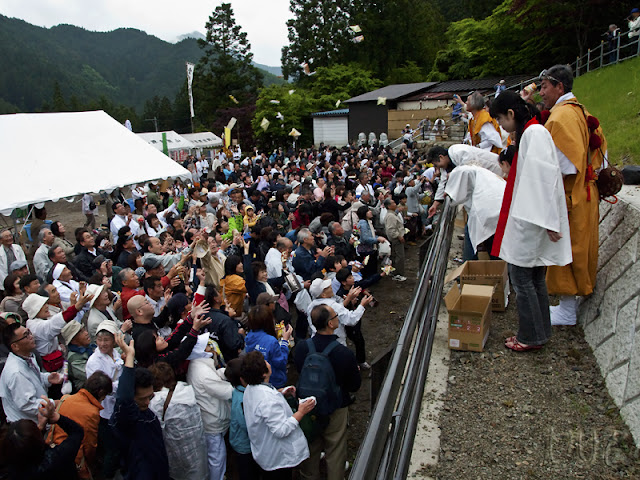 See you there next year!

PS. More photos here, and Ms Trouble was kind enough to brave the elements to shoot these two videos:

Part 1 - Prayers and taiko drumming before the ceremony:


And part 2 - walking on burning coals: