A few weeks ago Loneleeplanet (a wholly excellent blog) presented a list of 10 weird Japanese foods.

While there is no way in hell I will eat live fish (I like my food fresh, that’s true, but not THAT fresh), I am open to trying just about anything, at least once. Yes, even fugu, though with fugu it might be "once" in more ways than one.

Coming from a culture that doesn’t shy away from horse meat (loves me a good smoked horse meat sausage) and many other delicacies that make foreigners shudder at the very thought, my definition of “weird food” is a bit more flexible than what can be expected of a typical gaijin in Japan.

I like whale. I like dolphin. I don’t mind eating insects (and if you fry them, hey, that’s even better) and smelly things (with a chronic sinus problem I can’t smell most stuff anyway). And smelly, fried insects? My favorite!

What gets me are combinations of foods.
Take a few perfectly innocent ingredients, such as, for example, a fish head, soybeans, deep fried tofu skin, some other stuff, including shredded carrots and radish, simmer the living daylights out of it, and the end result is enough to make me barf. 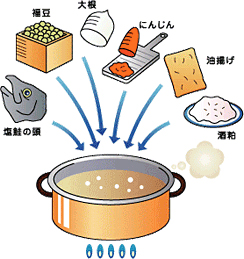 And considering that even the Japanese nicknamed this culinary wonder “neko-no-gero” (猫のゲロ) – cat’s vomit, my reaction is not that far off the mark.

Yes, it’s shimotsukare (しもつかれ) I am talking about here, of course. A traditional dish from Tochigi, Gunma and Ibaraki with all the visual appeal, texture, smell and flavor of semi-digested cat’s puke.

But first things first.
When you’re driving around Tochigi, you can see “Shimo” this and “Shimo” that aplenty. In fact, just today we went to Shimotsuke City, a wholly unremarkable place, located in the… yes, you guessed it, Shimotsuga district.

And you’ve probably heard that Ieyasu TOKUGAWA's tomb and shrine are located at Nikkō, in Shimotsuke. Why Shimotsuke (下野)? It’s the old name for Tochigi.
So it’s only fitting that the culinary delight native to Tochigi (regardless of how famous Utsunomiya might be for gyoza, gyoza ain’t from here) is also named “shimo” something – shimotsukare, to be exact.

So what is shimotsukare? This: 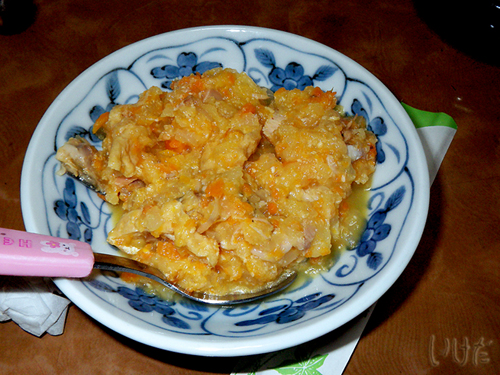 It has a somewhat viscous consistency and is a little sweet and a lot sour. And normally, people from other parts of Japan refuse to eat it. Can’t say I blame them, really. It took a certain Kansai transplant ten years to bring himself to try it, and another ten years to convince himself he liked it.

In Dr. Trouble’s family the dish is traditionally served on New Year’s day.
Grandma Trouble has her very own secret shimotsukare recipe, which when I asked about it, she flatly refused to share with me. It’s the “you ridicule it and don’t eat it, you don't get to watch me make it” principle. Fair enough.


I promised her that maybe next year I will try… Maybe…