Even though the actual Holocaust Memorial Day was on January 27th, at the Auschwitz Peace Museum in Fukushima (I wrote about the museum here) it was observed today - January 30th. The reason for moving the candle ceremony to a Saturday night was very simple and pragmatic - so more people would be able to attend. 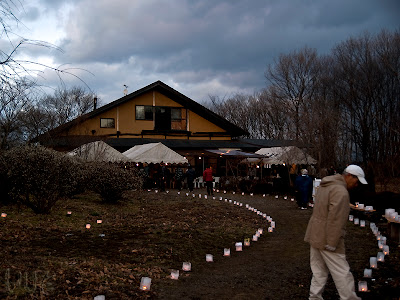 Candle ceremony at the Auschwitz Peace Museum in Fukushima

The scheme worked - according to the museum's staff the turnout was better than expected. And we contributed our two humble selves to the total count as well. 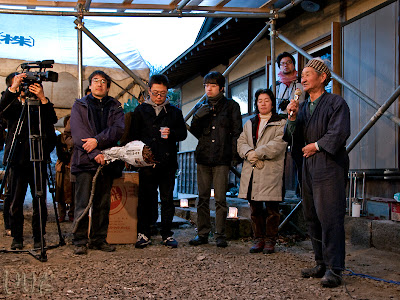 The ceremony started at 5PM with a series of speeches. As most speeches the world over, these were not particularly memorable, even though they dealt with a very serious subject. There was a minute of silence when everybody bowed respectfully, except the TV people who were busy filming everything and everybody, and Mr. Trouble, who was busy taking pictures. 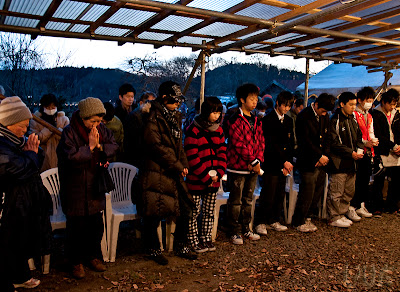 The main attraction of the evening were the ice candles - basically tea lights stuck into shaped blocks of ice. 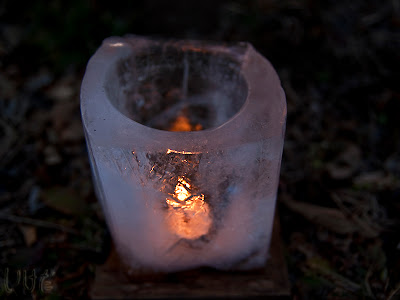 
Simple but quite impressive. And despite the relatively warm weather tonight, they melted surprisingly slowly. 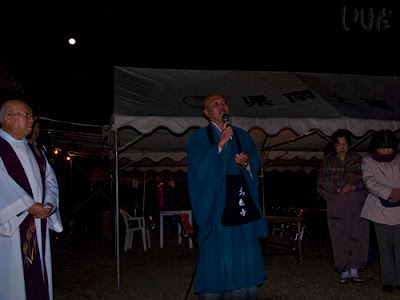 The priest and the monk

Two religious figures were in attendance - a Catholic priest (from a local Catholic parish) and a Buddhist monk (from the Daitoji temple in Shirakawa, Rinzai school of Buddhism). They prayed for the casualties of all armed conflicts in the world. 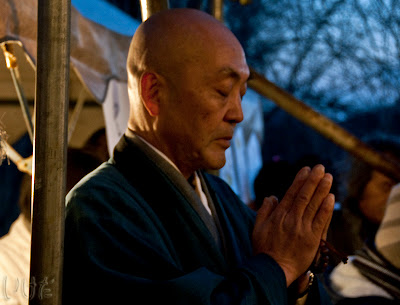 Mr. Azuma, the museum's curator wished he could have invited a rabbi as well, but since no rabbi was readily available in rural Fukushima, they had to do without.

Hint - if you want to invite a rabbi from Tokyo, don't hold the ceremony on a Saturday night.

The field in front of the museum was covered with candles. The lanterns were made from old milk and drink cartons. The overall effect was very eerie. 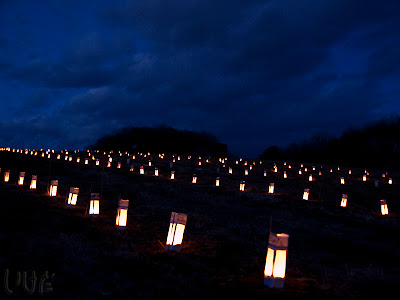 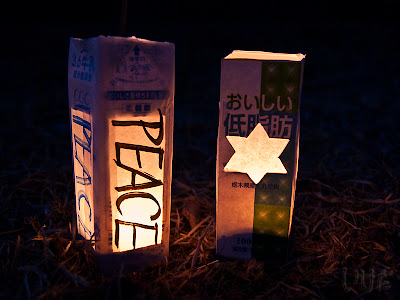 
When the evening was over, the lanterns were burned in a huge bonfire next to the museum. 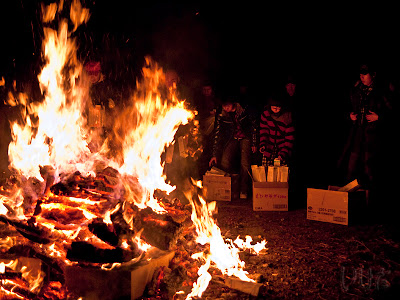 Tossing milk cartons into the fire


But the ice candles were simply left to melt on their own. 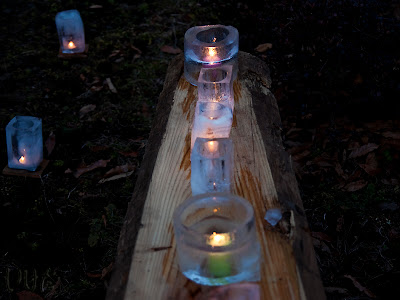 And that was pretty much it. A few more photos - here.

Here is a video from the same ceremony in 2011: