Where should I begin? Not sure, really. Whichever way I start, you’re not gonna like what I have to say.

I picked Coconut Beach Club, because it was relatively close to St. John’s and at US$15 for a one-way taxi ride, the distance kind of mattered to me. Especially since we had to make at least two trips downtown. No, a car rental would not have been a better deal, I did the math very carefully with our car rental rep, and besides have you tried parking in St. John’s? We have. Better to take a taxi.
The place wasn’t even the cheapest selection, but being an all-inclusive it seemed like a good deal at the time.

What else? I picked this hotel because normally children are not allowed there. I admit it, I don’t like kids. And there are very few things that annoy me more than out of control, screaming little brats. So I was glad to find a place that shared my feelings.

What else? The website says it was a small resort – only 38 something rooms with a quiet beach. On the website the place boasts to have 2 restaurants and a spa.
The description on the internet uses words like “quiet relaxation,” “perfect ambiance,” “discreet service” and “fabulous food.”

Yeah, right. The management and I must have vastly different definitions of these words, I see.
The place aspires to be classy, but let me tell you, it ain’t. It thinks that classy means leaving wilted flowers on the towels in the bathroom. The service hovers somewhere between abysmal and non-existent for most of the time. For the rest of the time I think it just goes to the beach.

Breakfast starts at 7:30 (which means they will start setting it up at 7:30) and technically goes until 10. In reality, almost all the food disappears around 9 and you are left with a few soggy bits of fruit salad and empty juice pitchers. Lunch starts at 12:30, which means it starts whenever the ladies feel like starting to serve it and technically goes until 2. But good luck getting any chow after 1:30. Ha! And your plates are whisked away with military precision – put down your fork and boom, the plate is gone. All this asking “are you done?” and “may I take it away?” is for sissies.

On some days dinner has to be booked in advance, and you better book an early time early in the day, like 7PM for example, because 8:30 is waaaay too late. And trust me, the staff will make it very clear by ignoring you and clearing the tables when it’s time for your dessert. If you find that all early dinner times are taken, then you’re shit out of luck.

You want a salad with your dinner? Better find a different hotel then. There are three choices for appetizers (one of them being soup) and three choices for the main course, and none of them includes a salad. But on Sundays, and sometimes on Tuesdays, and sometimes whenever the management feels like it, when dinner is served buffet style, salads magically appear. What gives?

On some days, when the management feels like it too, lunch is served sit-down style. And again, there's the issue of a simple green salad. Apparently, whoever thinks up the menu doesn’t realize that not only vegetarians like to have some roughage once in a while. It’s either-or. You either have a fish/meat/chicken sans fresh vegetables, or a vegetarian option with with a salad.

And just so you know, the sit-down portions are small. Now, I’m a skinny bitch and I don’t eat much, but they were too small even for me. And really, I did not come all the way to Antigua to eat spaghetti and meatballs, burgers, pasta alfredo and other vaguely European dishes. How about real Antiguan food, huh? Dinky little restaurants downtown serve it, so I know it does exist, but apparenty not at Coconut Beach Hotel.

And what if you get hungry during the day? Oh well. Not possible. Get a drink at the bar, instead. The two “full-service” restaurants turn out to be two separate areas with tables, one for breakfast and lunch, one for dinner. The place does NOT have a proper restaurant where you can order what you want when you want.

The spa is a tiny hut at the end of the walkway. “Rustic” the internet description says. Dilapidated, say I. I couldn’t check it out on the inside, because it didn’t seem possible to book an appointment during my stay at there.
The rooms are comfortable, but just barely. Ours was a "deluxe" room, but since the deluxe category is the basic one, it really translates as “standard.”
A decrepit AC unit that didn’t do much of anything except make noise, it finally kicked in on the last day and started to cool when we were about to leave. But then the blow dryer gave up. Oh well.
A mostly clean bathroom, if you don’t count the gunk on the floor behind the door, with now-you-see-it-now-you-don’t water pressure (I feel sorry for the people on the third floor).
A shower head that I’m sure has seen better days, but not during my lifetime. Oh, and by the way, if you’re not going to provide a bidet, at least have the decency to equip the bathroom with a convertible shower head, OK?

No mosquito screen on the balcony door. There was a bent out of shape screen in the bathroom that did little in the way of stopping the bloodsuckers.
No mosquito fighting items provided, instead you had to purchase them at the hotel gift shop.
And while we’re talking about the gift shop… The prices were OK, but what happened on the last day really ticked me off. And by really, I mean I was foaming at the mouth ready to seriously hurt people. The only reason the woman at the gift shop can still walk and chew gum at the same time is because I didn’t have enough time to return from the airport and tell how I really felt.

On the morning of our departure I had to purchase a few items (see the lack of mosquito thingies above). I handed her US$50. She gave me back a slightly damaged $20 with a bit of scotch tape on it. Knowing that mangled American bills are hard to get rid of, I asked for a different one. She assured me it was OK and that I wouldn’t have any problems spending it. Well, wouldn’t you know it – I did have problems, just as I suspected. Nobody at the airport wanted to take it. I ended up sticking it into an Animal Shelter donation box, Antiguans can deal with this crap themselves. (No, I don’t live in the US, so bringing it home was not an option, though a lady at the bank at the airport seemed rather confused by the fact that neither Sweden, Japan nor Poland use US dollars as their currencies.)

OK, back to my main rant.

If you’re going to tell me that laundry service is available and that the price list can be found in my room, I think it’s only reasonable to expect to actually find it. Wouldn’t you say?
No TV in the room, and that’s fine, I can live with that, but is the management too cheap for a radio alarm clock? And is it really that hard to provide 38 plug adapters, so each room can have one? Does the reception girl really think that by telling me that “they’re all out, come back at check-out time tomorrow” for three days straight she’s going to get rid of me?

But the beach is nice and cozy, quiet and almost deserted, the waves are not too big and it’s right outside your window.
All in all, would I stay there again? Definitely not, unless I need to be relatively close to St. John’s again. But even then, every other hotel in the immediate vicinity would have to be fully booked to force me to return to Coconut Beach Club. And even then, you’d have to pay me to stay there.
Next time, I will probably try and rent a timeshare from the Village At St. James's Club and make sure I'm getting what I pay for.

Judging by three other disgruntled guests I observed during my check-out, I’m not alone in my evaluation of this unfortunate place. 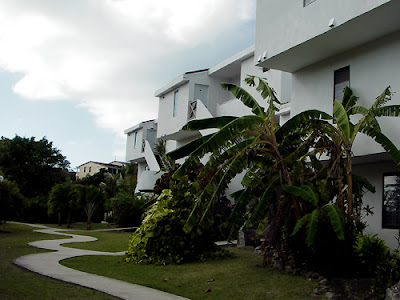 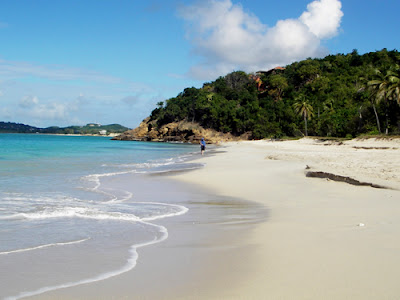 Hotel beach. They call it "semi-private" on the website, but it's not, really. All beaches in Antigua are public. 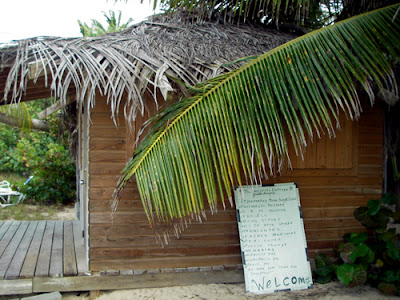 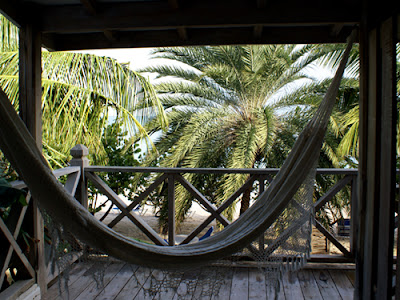 Balcony - yes, the beach is right there outside your window. Bar area

So, that's how the place looks in photos that are not photoshopped into total oblivion. Just so you know, OK?